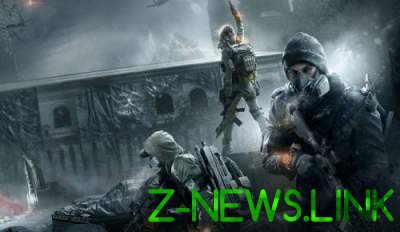 Ubisoft has hinted at a sequel to The Division

In early December, the cooperative action The Division received a major free update.

It added to the game in the West Side pier, two new modes and other content. And now, apparently, Ubisoft Massive come to grips with a full-fledged continuation of the game.

This in an interview with IGN hinted managing Director of Ubisoft Massive, David Polfeldt (David Polfeldt). “In my opinion, this is a great brand, with which we can tell some great stories,’ he said. — Much of what could be implemented in The Division 1, we are unable to add for whatever reason.” Surely he calls the game the Division 1 not just.

“I think we have a few options on how to continue the development of the universe, and the continued support of The Division is just one of them. But… to Share some other details I don’t have opportunities,” mysteriously continued Polfeldt.

But this does not mean that the support The Division is discontinued. Polfeldt hinted at a release in the future some updates.

“First of all we want to do The Division as soon as possible bigger. Someday we will be able to achieve this. With the release of 1.8 we approached our goal of the game was almost what we originally wanted to offer users and what they wanted to see on the day of release” — added the managing Director.