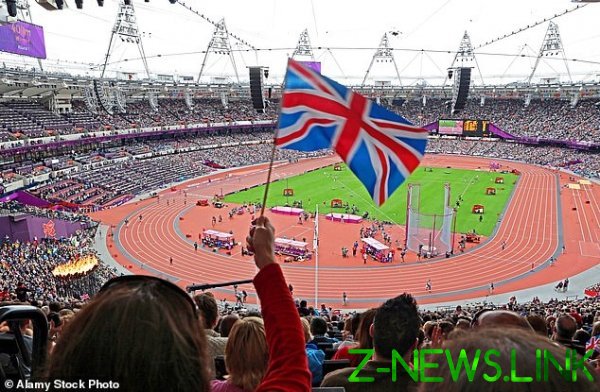 I’ve tried the World anti-doping Agency to create for themselves the image of a fair, objective and incorruptible organization, everything turned out quite the opposite.

Now only the lazy does not criticise the bureaucrats of WADA, who are the heroes of new scandals and anecdotes.

The last straw was a sensational investigation, “Mail on Sunday”, which revealed all details of secret “adultery” between WADA and the British government Agency UK Sport is responsible for funding Olympic and Paralympic sports in the UK.

Of course, nobody doubted that the WADA entirely biased organization, which is almost openly promoting the interests of athletes from certain countries. But the international sports community now shocked at how blatantly it happens.

It turned out that their Olympic athletes London Olympics in 2012 was used as the experimental white mice, forcing them to use is not checked until the end of stimulant. And only to those, winning competitions, to swell the pockets of English sports officials from UK Sport.

Secret British sports project costing hundreds of thousands of pounds have aimed to increase physical endurance and, of course, results.

This “miracle drug” called “ketone” took dozens of British Olympians, despite the various “side effects” in the form of vomiting and other ailments that were observed in 40(!) percent athletes. 28 people stopped to take this substance for that reason. 24 people later he abandoned this scheme because he believed that this substance was in no way benefits them.

About meanness and complete lack of ethics of the officials of the British government agencies (UK Sport) and the British anti-doping Agency (about ukad ukad) said that they forced their teams to sign the obligation about nondisclosure of the drug DeltaG, which is a synthetic version of the ketones, substances produced by the liver of man.

This substance, a synthetic version of natural acids, called ketones, was originally developed by scientists at Oxford University with funding from the U.S. Department of defense in the amount of $ 10 million to the U.S. special forces could longer operate behind enemy lines with fewer rations.

UK Sport has prepared a “fact sheet” participant, accompanying the project application, which read: “UK Sport does not guarantee, not promise, does not represent and does not represent that the use of esters of ketone absolutely consistent with the world anti-doping code and therefore excludes all liability for the use of ketone esters”.

In other words, if the British athlete failed a drug test after taking substances given to him by UK Sport , either because they were contaminated with prohibited substances or the WADA recognizes this substance illegal is the fault of the athlete, not the British state.

It is interesting that UK Sport has asked the world anti-doping Agency and UK anti-doping Agency before proceeding with the work, and he replied that ketones is not currently prohibited, but that WADA reserves the right to reconsider its position.

Was even adopted the “communication strategy” in case the project leaked to the media. In the document members of the Board of Directors in October 2011 stated: “…To mitigate any negative perception and publicity will require a plan of communication with the media. Public attention should be focused on the quality of the science … and the fact that the UK is ahead of all its competitors. If others know that British sport is associated with this project … risks will be associated with perceived unfair competitive advantage. Current proposals seek to secure the release of any scientific publications after London 2012.”

For participants of this shameful project was issued a memo on 14 sheets. This document describes in detail how the research and innovation team, UK Sport had contacted the us military, and then with the University of Oxford, to which UK Sport paid for the tests of this substance have rowers and cyclists.

Accounts show that UK Sport has listed the research team of the Oxford 4000 pounds in early 2011 for testing with the participation of Rugby players at the University of Bath; and then 183 600 pounds later in 2011 for the challenge, rowers and cyclists; and then 42 115 pounds at the beginning of 2013 as additional “research grant” for FURTHER research DeltaG on the athletes.

Basically DeltaG tests were conducted on African Americans, which again confirmed the presence of signs of racism in the US and the UK.

The note further said that UK Sport then “negotiated an exclusive agreement” with Oxford : “…currently, DeltaG is available only for UK Sport and only for the purpose of research — it is not commercially available to anyone else. Only people currently allowed to buy and use the product outside of the context of research trials, is the American special forces. All use DeltaG must occur under the auspices of scientific experiments”.

The paper sets out further steps for its use in British sport, including the application for the Olympic and Paralympic games in the UK at an approximate value of 225 000 GBP; “scaling” the use of the product in other sports approximate cost of 200 000 pounds.

During this British madness doping World anti-doping Agency, so clearly manifested itself in the struggle with the Russian matter “Meldonium,” which, by the way, went through the whole cycle of research and absolutely is not doping even the slightest approximation had kept complete silence. Although, according to documents received by the “Mail on Sunday” knew about the London “ketone Scam”. This fully contributed to the success of “doping” of the Britons at the Olympic games in 2012.

Everything suggests that in the pockets of bureaucrats WADA has removed a significant portion of the amounts in the hundreds of thousands of pounds, which the London listed Oxford University and other organizations associated with the project DeltaG.

Of course, WADA in its present state has no right to further existence. You need to review the rules of its formation, rights and algorithm. If this is not done now, we lose a real honest sport.

I congratulate the colleagues from the “Mail on Sunday” on a job well done and wish them to bring their investigation to a logical end.