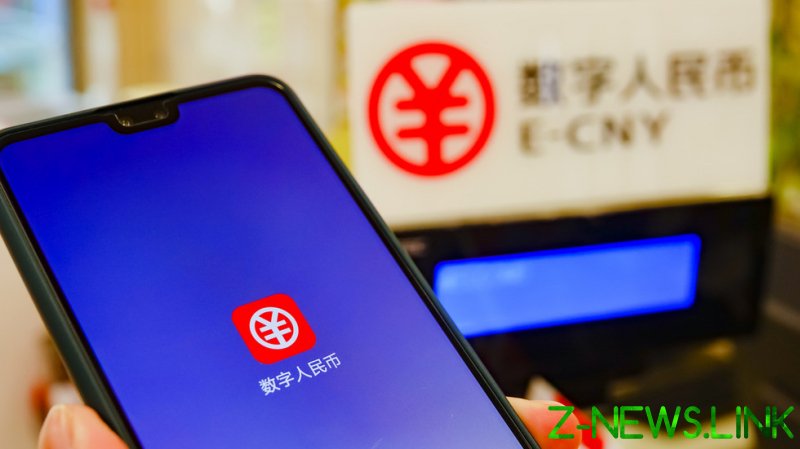 Right now, it’s only in a limited (albeit national level) test phase but Chinese officials hope to have it fully ready by the 2022 Winter Olympics set to take place in Beijing.

Unsurprisingly, the US is taking a hard look at what exactly this might mean for the future. As RT reported this week, top US officials see the digital yuan as a potential threat to the dollar’s status as the world’s reserve currency and think it could help China and other countries bypass US sanctions. They are even reportedly considering a digital dollar to compete with it.

For starters, the digital yuan is not like other cryptocurrencies that, as of now, essentially function as highly volatile digital assets. The basic principles of cryptography are the same, but the digital yuan is just like the normal one for all intents and purposes. It’s run by the country’s central bank and circulates alongside bills and coins. Whenever a digital yuan is created it essentially cancels out a physical one.

What it really represents, at its core, is another step in the internationalization of the yuan. And why this is so important has to do with the makeup of the current status quo.

About 90% of foreign-exchange transactions involve dollars, over 60% of all global central-bank reserves are held in dollar-denominated assets and almost 40% of the world’s debt is issued in dollars. All of this is part of what former French President and Finance Minister Valéry Giscard d’Estaing described as the dollar’s ‘privilège exorbitant’ (exorbitant privilege).

The widespread use of the dollar allows the US government to have a firm grip on the international banking system and, when combined with the fact that it can monitor any transaction using the Society for Worldwide Interbank Financial Telecommunication (SWIFT) network, means it can weaponize international commerce through, for example, unilateral sanctions – like those against Syria, Iran, Cuba and others.

The US is very aware of the fact that the ubiquitous use of the dollar and its grip on international banking gives it a privileged position in shaping international events. A feature by the Wall Street Journal on April 5 underscores just how important the dollar’s reign is to Washington.

“Anything that threatens the dollar is a national security issue. This threatens the dollar over the long term,” Josh Lipsky of the Atlantic Council told the Wall Street Journal, in the article that described the digital yuan as “a re-imagination of money that could shake a pillar of American power.”

The widespread use of the digital yuan would indeed shake a pillar of American power. A large fraction of the world’s population is suffering right now under US sanctions and is looking for breathing room from Washington’s political pressure.

Already, China’s Cross-Border Interbank Payment System, a rival to SWIFT, was introduced in 2015 to purchase goods from countries facing US sanctions, including Russia, Iran and Venezuela. The digital yuan would facilitate and expand such transactions, allowing countries to move away from the dollar and engage in genuine free trade without Washington’s interference.

This is all just in the short term, too. In the long run, an increasingly popular internationalized yuan could even allow China’s currency to compete with the dollar as it continues its growth toward being the world’s largest economy.

To add even more perspective, this would not only affect US foreign policy, but would be consequential for the country’s domestic policy since the country’s national debt would actually, at that point, start to have an effect on the dollar’s exchange rate. It would mean the US Congress would have to actually start caring about balancing its budget.

We needn’t get ahead of ourselves with these scenarios, however, since international currency transitions don’t take place overnight. As economist Eswar Prasad argued last year, we are still a long way from that happening and it’s unlikely that a digital yuan would actually unseat the dollar’s rule, at least any time soon.

“America’s economic dominance, deep and liquid capital markets, and still-robust institutional framework mean that the US dollar still has no serious rival as the world’s leading reserve currency,” he argued.

According to Prasad, for the yuan to really compete with the dollar then the People’s Bank of China (PBOC) would need to open the country’s capital account and reduce currency interventions, allowing the yuan’s exchange rate to float. Discussion on this issue is certainly taking place in Beijing and things could inevitably go that direction, but it wouldn’t create a monsoon overnight.

Still, the digital yuan is a sure sign of China’s indispensable global innovation, its growing importance in international banking and is a positive step toward freeing international commerce from Washington’s dollar dictatorship.