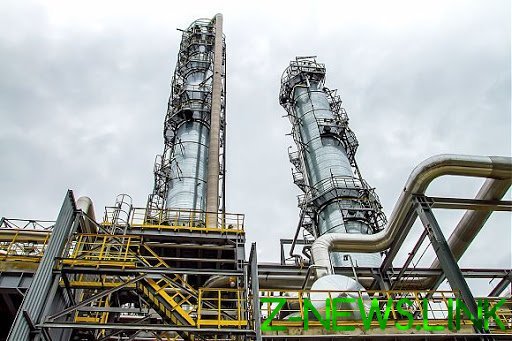 The program of development of the Northern sea route until 2024, implemented by the Russian government on behalf of the President, causes considerable resonance, including audible and negative evaluations of, say, an astronomical amount of investment does not pay off. However, the payload of the Northern sea route, which does not want to believe the skeptics, can be achieved by different reliable methods. For example, localization of production of methanol, using increasing demand on the world markets.

The Northern sea route is really one of the most ambitious projects of the decade that are comparable with the construction of Crimean bridge. Moreover, the estimate of the cost of its implementation is constantly growing: if in October 2018, the media reported 587,5 billion rubles (including 265,9 billion from the Federal budget), last year it was about 735 billion. It is clear that the planning and construction of the infrastructure of the Northern sea route in such a situation should be even with the eye, and with a deep study of its commercial potential. And, accordingly, the maximum support the state should provide those business initiatives that are supported by the market realities and may actually increase the demand for the use of a new transport corridor.

One of such drivers of demand for Northern sea route seems to be raising the production volumes of methanol (product of processing liquefied natural gas) and the corresponding localization of the production facilities. Today, the major announced projects in this field focused on the Western Maritime border of Russia in port Ust-Luga in Leningrad region and on the Taman Peninsula (Krasnodar region). This is understandable: the main consumers of exported Russian methanol today are the European countries.

However, analysts predict that global demand for methanol will grow on average by 5.5 % per year, and a new large-scale market for this product will be China and Southeast Asia. Even despite the fact that China itself is one of the leading manufacturers and exporters of methanol, the internal demand is huge: Chinese industry already consumes 41 million tons of methanol per year – more than half of global volumes.

See also:  Audi has begun production of a special version of the crossover Q2

In this sense, very interesting is the project “Flatmates” – a flotilla of floating plants for the production of methanol, the first of which was reported in the press, should be commissioned in the summer of 2020. The court will combine its Board of production and transshipment terminals will be based just on the Northern sea route, in the area of the Yamal Peninsula, located where the gas platform (including OAO “Gazprom”). Produced from offshore gas will be supplied to the processing, but already the methanol produced is immediately poured into tankers for export. Estimated volumes of production of commodity methanol – 10 million tons per year. In addition, plants “Flatotel” can serve as a “floating gas stations” – bunkering stations for commercial cargo vessels of the new type motors that can run on methanol.

In fact, the appearance of such vessels and projected a real “methanol boom” in world markets. Famous engine Corporation MAN has ten years of experience in developing marine engines, able to run on conventional fuel oil and methanol. Ship owners quickly realized the advantages of methanol as an alternative to traditional fuels: it is much cheaper, more environmentally friendly, and maintains its properties over a wide temperature range and So on of the largest shipping companies engaged in cargo and especially tanker, traffic began to quickly upgrade your fleet under “methanol”. Ships with dual-fuel engines commissioned, for example, Proman Swedish Marinvest and Stena Bulk, the Japanese NYK, canadian Waterfront and others. And they all note the potential transit of the Northern sea route.

See also:  It became known who will be affected by the Amnesty law

In this regard, it is important to note the very close timing of the launch of the “Flatotel” – after a few months. Almost all land-based projects aimed at growth of volumes of Russian production of methanol will be implemented much later. For example, the Port-industrial Park “OTEKO” on the Taman Peninsula, in which the investor plans to produce up to 3.5 million tons of methanol per year, is due to start in late 2021. A similar project in Ust-Luga (co-investors – “the Russian direct investment Fund” (RDIF), “Baltic chemical company” (BGHC), the company “Invest Capital”, Japanese Corporation Marubeni) will be implemented in 2023. A plant of the Polish company Ekozon in Pikalevo with a capacity of 1.6 million tons of methanol per year are planning to build in 2025. Meanwhile, the market does not expect, and this is confirmed by the experience of projects already implemented. For example, the commissioning of only one new installation of methanol production at Shchekinoazot in 2018 immediately reflected in the total volume of Russian exports by the end of 2019.

So some skepticism about the realized state program of development of the Northern sea route can quickly unwind once it will go to court loaded with the new Russian methanol. Long-term Outlook of this product is no longer in doubt. In the same MAN and other engineering corporations already working on the creation of generators, automotive and even aircraft engines, capable of running on methanol. So, you need to build, and faster.