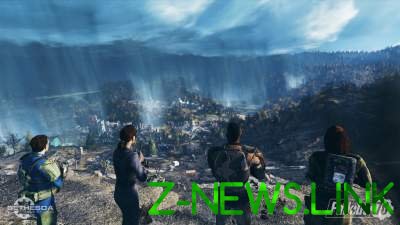 The representative of the company concluded that the game does not appear.

A few days ago in the answers to frequently asked questions about beta-testing Fallout 76 netizens found that the project will be distributed on the PC exclusively via Bethesda.net.

Alarmed by the users immediately decided that Bethesda Softworks will not be releasing projects on the platform of Valve, however, it is not yet finally resolved.

Senior Vice President, marketing and communications Bethesda Softworks Pete Hines explained that the company has not announced the termination of cooperation with the Valve for future games.

“We have not announced that all future games Bethesda bypassed Steam. That’s not what we said. We said that this game [referring to Fallout 76] will be available exclusively in Bethesda.net” he said.

See also:  The doctors explained why it is useful to drink water before eating

The representative of Bethesda Softworks was talking specifically about Fallout 76.

“Version Fallout 76 for the PC, as in the case of B. E. T. A., and a full launch will only be available through Bethesda.net and not on Steam”, he said.

“We haven’t decided anything yet, this step has been undertaken specifically for Fallout 76, because this is an online game – continued Hines. – We think that to provide the best possible experience and support to customers do you get if you work with them directly, not through someone else. It is much easier to work and communicate with the audience directly when something happened or will happen. So I am 100% sure whose fault you encounter problems with the game: it’s ours. We have very good success in terms of relationships with buyers directly, which is impossible to achieve when working through someone else. So specifically with Fallout 76 we are going to try it. We believe that this will give you the opportunity to make things right for our buyers”.

According to Pete Hines, Bethesda Softworks has not yet decided on whether the publishing house to distribute Eternal DOOM and other announced games on Steam. All will show time. Fallout 76 even has a chance to come out on Steam, if you do not succeed in Bethesda.net.