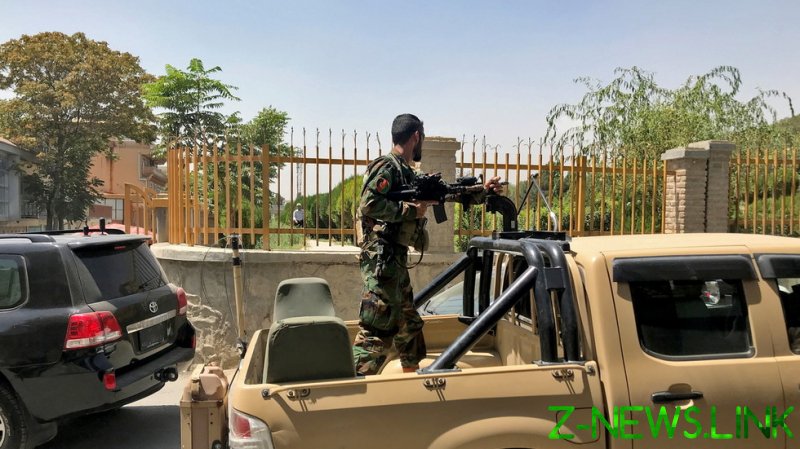 When I went back to Afghanistan again this Spring, it seemed to confirm in the eyes of my family and friends that I was not right in the head. Why would you go back there? It’s a war zone, are you mad? You’re an old man, they said.

It is difficult to explain why after so many years in the police, with tours in Iraq and Afghanistan behind me, I went back. I would still go back there now if I could.

Most people can’t understand why, and some ask me if I am some kind of war junkie.

It’s actually quite simple: it’s about the men and women that I worked with there, that is all it is. Remarkable, special people

Let me tell you about some of those people and what is happening to them now. I know because I just got off the phone with several of them today.

I worked with Abdul until recently. A charming, good looking and bright young man, he speaks perfect English and always turned up dressed impeccably in western suits. He has a wife and three children, all living in a neighbouring country. They are out and safe.

We often used to talk about the corruption of Ashraf Ghani’s government. Abdul’s biggest fear was not being blown up on the street, but being a victim of crime. He was worried that as someone who was being paid in US dollars either he or his children would be kidnapped by the organised criminals who roam the streets of Kabul. Or that he would be robbed of his mobile phone and wallet on the way home from work.

He knew the police would not turn up if called, and if they did, that they would want money before they did anything. Worse, he knew that if they found the robbers, they would pay the police for his name and address and would then come and get him.

That says a lot for the 20 years of international efforts to build an effective Afghan police force.

Abdul is more than just worried now. For the past couple of months, he has been asking me for help to get a visa. Could he get one from the US or the Canadians? He has done a lot of work for them. We will see. The reality for him until now has been endless forms, waiting for feedback, rejection and trying again. I am still making calls to contacts to see if I can help him. There are lots of internationals like me, trying to right these many wrongs.

I spoke to Abdul last night; he never complains, but this time he was angry and stressed. He told me he was frightened. The Taliban were in town and all the local criminals had been released or escaped from the main prison.

Abdul told me that people were being robbed on the street, not by the Taliban, but by the ex-prisoners. But fear of burglary is the least of his problems.

The banks in Kabul have all stopped operating and Abdul had only thirty dollars cash left when I spoke to him. He had no food and that was already getting difficult to find. He knew he would need to pay a lot for something to eat.

On top of that, his international employer has lost all its local administrative staff, as they have all gone into hiding or are trying to flee. He knows he’s not going to get his next paycheck, even if the banks open again.

On the phone, we discussed if there was any way he could get across the border to another country. It seems a hopeless cause: the crossing points are now controlled by the Taliban and are closed, and the embassies of surrounding countries are swamped with visa applications from desperate people. The airport isn’t working either for international flights.

I shook my head at Abdul’s fate, knowing that I had advised him just two weeks ago to flee to Iran where he has relatives. Now it is too late.

For me, it’s doubly frustrating. I can’t send him any money with the banks closed, I can’t even courier cash to him. I just pray that the Taliban keep their word now and don’t go on the hunt for anyone who has worked for us, the internationals. I hope that for his and his family’s sake he will be OK.

I made friends years ago with a senior Afghan General. He had served in the days of the Soviets and been trained by them. Ibrahim had seen nearly 40 years of fighting and was still alive.

He is a fluent English speaker, erudite and very wise on geopolitical events. He has taught me a thing or two about his country and his people.

Ibrahim has none of the airs and graces of most senior Afghans; he is a humble man who has raised a family to receive university education. I suspect he has made a few dollars along the way that weren’t strictly kosher, but, then, who in Afghan government service has not?

Ibrahim cares passionately about three things: his family, Afghanistan, and his flower garden. Every day, he would send me photos of his latest rose or exotic bloom. He didn’t today.

This old man, and I am no spring chicken, became my teacher. He told me of the tribes, the politics, the religious dynamics, and, most of all, the corruption that is the Afghanistan that we, the west, have built. He even got trusted friends, other generals, to tell me about how they had to be corrupt to make ends meet. They couldn’t guarantee the government would pay them their salaries with the money we had given the state for that purpose, and that, in any case, the pittance that finally reached them was nowhere near enough to pay rent or feed a family.

It was clear to me if the generals could not manage, what chance was there for an individual soldier or policeman? No wonder they robbed and ‘taxed’ the people.

As an old copper, what was fascinating for me was Ibrahim’s explanation of the money being made by narco barons or warlords from opium. Whether from growing it, or by running illegal checkpoints to ‘tax’ other criminals.

Ibrahim drew out for me the criminal networks and lines of influence. He told me of the government ministers’ apartment blocks and houses in Turkey, Dubai, the US, and Europe, all paid for by the siphoning off of donor aid money. It was from Ibrahim that I learnt just how badly we had messed up in Afghanistan, and this was more than three years ago.

We have discussed many things since, most recently what will happen when the NATO and US forces finally go, scurrying away from their last redoubt, the military section of the soon-to-be-renamed Hamid Karzai International Airport.

Ibrahim told me how in the past the Afghan Army had held out against insurgencies in the days of the Soviets. He outlined the size and how well equipped the Army was now and that it had been quite well trained with officers going abroad to NATO schools.

I asked why this was, and he replied simply: “The Government are corrupt, and the men will not die for them.”

I asked Ibrahim last week if he was going to try and get out. He replied, “My family is here, I am a patriot, I will not leave my country.”

I called Ibrahim again this morning, and asked him how things were in Kabul.

He told me that after the prisons were emptied there had been much crime on the streets. However, now that the Taliban had come, they had restored order, so ‘we are safe now.’

I hope that is still the case and that Abdul and Ibrahim do not pay the ultimate price for staying.

Who do we blame for this fiasco? Many people. Of course, western politicians and too many generals and diplomatic staffers who would not tell truth to power. But above all else, the greedy corrupt Afghan politicians who we enabled to take control of the country and loot it.

Most have already run for it, like ex-president Ghani, and are now safely ensconced abroad in their big houses.

Maybe one lives on a street near you.

But as for my two friends still in Kabul, who would not want to go back and see them again? I hope I will get the chance, one day.