The deputies voted for judicial reform 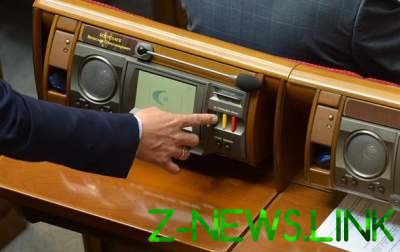 The deputies in the second reading and in General voted for the bill No. 6232 on amendments to several codes and regulations that launches judicial reform. For this decision voted 234 deputies in the required 226.

One of the main innovations of the law is the definition of the Supreme court as a single court of cassation in Ukraine and the introduction of a new procedure for the consideration of cases.

“A preliminary analysis of the text of the bill reveals that its provisions do not take into account the constitutional requirements are not consistent with other legislation, contains internal inconsistencies, do not take into account European standards of clarity, clarity, clarity, conciseness, coherence, efficiency, effectiveness and proportionality of the law”, – said in the conclusion of the Main legal Department of Parliament.

It was also cautioned that the new law impedes citizens ‘ access to judicial proceedings and publicity of trial.

According to the new wording of the Civil procedure code and administrative offences Code, defendant, third party, witness, place of residence, or the location of which is unknown, will be called to the court through the announcement on the official web portal of Judicial authority of Ukraine.

According to the new wording of the Economic procedural code, the system of economic justice will act the Supreme court on issues of intellectual property.

The document also provides for the revision of court fee rates.

The Parliament within 7 days of plenary considered 4383 amendments to the law.

“Thus we have completed the three-week discussion on the draft. This is the longest bill in the history of the Ukrainian Parliament”, – said the speaker Andriy Parubiy.

A number of people’s deputies, said the head of state during the voting on this document.