Home / Video news / The deputies from Kosovo was a fight during the televised debates. Video

The deputies from Kosovo was a fight during the televised debates. Video 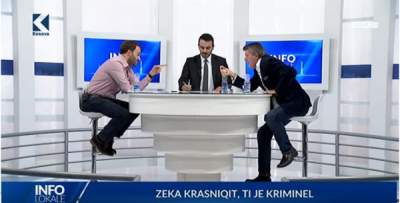 During the discussion, opponents have moved to personal insults.

A debate between MPs, despite attempts by the leader, moved from a political to a personal plane.

Convict called krasnici criminal. Radikal said a glass of water, splash the opponent in the face. Thereafter, the parties proceeded to an exchange of blows, and the representative of “self-determination” has managed twice to get punched in the face representative of the “Initiative for Kosovo”.

Conflicting separated employees of the Studio.