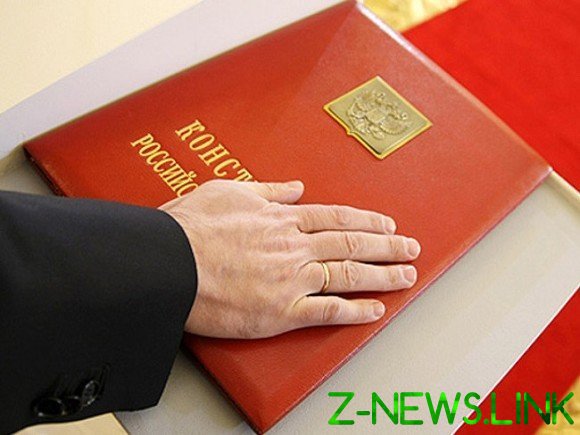 The statement of the participants of the conference “30 years of the Declaration on state sovereignty of the RSFSR” States that, despite different political views and beliefs, they think that the Russians, is in a “deep systemic crisis” from which it must withdraw to create a “democratic Federal secular social legal state”.

“We consider it incorrect and largely illegitimate procedure and results of constitutional reform-2020”, — said in a statement. The amendments are in conflict with several provisions of the Constitution, the constitutional order, rights and freedoms of man and citizen. They make even more elusive political and economic competition, do not create guarantees for free elections, impede the establishment of social justice, ideological diversity, said in a statement.

Also, the authors write, the need for constitutional-legal mechanism of overcoming of the crisis is replaced by pinning a randomly selected set of constitutional amendments and strengthening of the authoritarian political regime. Also, the amendments introduced a provision on a new count of presidential terms a specific person, that is Vladimir Putin, and contrary to his own promises about the change of power. “Increases the risk of stagnation of state power until 2036 and its usurpation”, — the document says.

In addition, the statement says, many of the amendments are of a social nature are purely declarative. The support of civil society, parliamentary control, national sovereignty and patriotism in the role of cover for a further concentration of power in the hands of a narrow group of people.

In fact, the adoption of the new Constitution is in violation of the Constitution order. The procedure of the nationwide vote and the deliberate refusal of the Federal law on the referendum, the lack of public control, the impossibility of campaigning against the draft constitutional amendments, reduced the rate of counting of votes have high risks of bias and distortion of results of voting.

The authors of the statement demand a moratorium on the entry into force of the amendments to the Constitution. They also call for multilateral and open dialogue between the government and the society to come to an agreement on anti-crisis measures and the constitutional legal guarantees. Including guarantees universal, equal, direct and free elections in Russia with a transparent vowel forms of social control, the authors conclude.