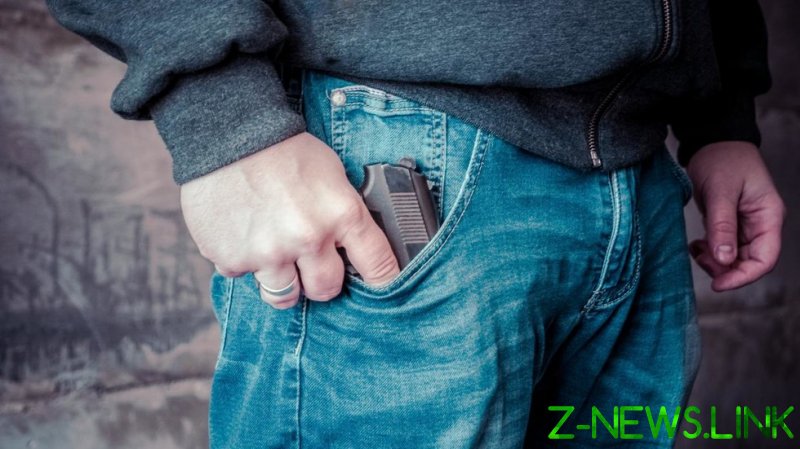 The FBI’s newly released Uniform Crime Report (UCR) makes for some very sobering reading, and should serve as a wake-up call that something is seriously out of whack on the streets of America.

In the same year (2020) that saw George Floyd killed during an arrest by white police officer Derek Chauvin, 21,570 Americans lost their lives by homicide – usually at the end of a firearm. That constituted the largest single-year increase in murders since the FBI began tracking crime statistics six decades ago.

The striking thing about this particularly harsh killing season is that the majority of the murders were not concentrated in the large metropolis areas, but scattered across the country. In 1990, New York City and Los Angeles, for example, accounted for 13.8 percent of murders; today, those cities are responsible for just 3.8 percent. Clearly, in the ‘new American normal’, cold-blooded murder is an equal opportunity statistic.

Meanwhile, the Democrat-friendly media, desperate to locate a silver lining in the bloodbath, was quick to point out that the 2020 death count paled against that of 1991, when nearly 25,000 Americans had their lives abruptly cut short. The man who presided over that mayhem was none other than the Republican patriarch George H.W. Bush, who seemed far more focused on unleashing death and destruction on foreign countries than tackling violent crime on the streets of America.

In any case, the Democrats may not have long to hide behind Republican failures, considering that the violent crime rate for 2021 has far surpassed that of last year. Murders so far this year have increased nearly 10 percent from 2020 in the 87 cities whose current data are available.

But enough with mindlessly rattling off statistics; more important is determining the root cause for this frightening uptick in killings. Most people would probably be quick to argue that the Covid-19 pandemic is to blame for America resembling a daily reenactment of the Hollywood blockbuster ‘Scarface’ coast to coast. That explanation seems to be giving far too much credit to a virus with an extremely high survival rate.

In fact, what seems to have triggered a wave of murderous madness in the US is not Covid per se, but rather the Democratic Party’s draconian, over-the-top response to the disease. Instead of advising the most vulnerable members of society – the elderly and sickly – to isolate themselves as much as possible, the Democrats (and for some time the Republicans as well) somehow believed that the best approach was to shut down small businesses and social functions, while keeping everyone locked up inside their homes like prisoners.

This scenario turned Leo Tolstoy’s famous line, “All happy families are alike; each unhappy family is unhappy in its own way,” on its head, as it became easily predictable what was making the majority of families equally unhappy – unemployment and social isolation. If the lockdowns did anything positive, they gave academics fertile ground for new research (a quick Google search for ‘psychological impact of Covid lockdowns’ yields thousands of results).

Unsurprisingly, it was the ultra-liberal state of California, in March 2020, that first imposed lockdown orders – remember the joke, “two weeks to flatten the curve,” where our sanity became the punchline? – on millions of employees and students after a 70-year-old man on a cruise ship with pre-existing conditions reportedly died with Covid.

Two months later, George Floyd had the life crushed out of him under the knee of a white police officer, and America was off to the crazy races.

Black Lives Matter and other social justice groups, flush with over $1 billion from George Soros and a host of Fortune 500 corporations, lit a path of destruction from Syracuse to Seattle, delivering the final coup de grace to many businesses already teetering on the brink of bankruptcy from forced closures.

Meanwhile, the mendacious media, instead of reporting on the violence with a sense of balance and integrity, dutifully served as apologists for the “mostly peaceful protests,” while running with the ‘all cops are racist’ clickbait nonsense. Just what a country going stir crazy under locked-down conditions needs: a media with absolutely no sense of shame or ethics.

Instead of tossing out the dirty police with the bathwater, the mainstream media could have committed itself to some good ol’ fashioned investigative journalism. Reporters could have been tasked with asking if maybe – just maybe – the root cause of police violence is not actually racism, but rather overworked forces that are attempting to protect citizens amid a surge in crime rates, gun sales, and floundering economic conditions exasperated by a pandemic. Simply blaming police abuse on ‘racism’, especially when white people are also getting killed by the cops, is at the very least irresponsible, and at worst, criminally negligent.

So when the United States needed viable police forces more than ever before, the ‘defund the police’ movement, backed by the media and high-profile Democrats, got its grand inception. As one activist pamphlet proudly boasted, the movement has succeeded in extracting “over $840 million dollars from police departments, and secured investments of at least $160 million dollars in communities. They removed cops from schools in over 25 cities, saving an additional $34 million for investment in meeting student and community needs.”

The result was that honest, hard-working police officers lost their jobs, while other decent street cops, not willing to take the rap because of a few bad apples in the ranks, turned in their badges. At the same time, left-leaning district attorneys, in cahoots with Hollywood celebrities, found ways to keep convicted criminals out of jail and on the streets. In other words, the message was: America needs more criminals on the streets, not cops.

Do Democrats need any more reasons as to why murder rates are exploding across the country? If yes, take a look at the southern border between the United States and Mexico. What do you see? A non-stop wave of illegal migrants who are being allowed to enter and settle in ‘sanctuary cities’ around the country. During a pandemic, no less.

Opening the border to illegal aliens, who arrive in the country with not much more than the clothes on their back, at the height of a pandemic and just after a ‘race war’, is the epitome of stupidity and it will probably explain why the Democrats suffer great losses in the 2022 mid-term elections, should the United States still remain a functioning democracy by then.