The defense Ministry will check whether Zelensky shied away from conscription

The Ministry of defence will try on 12 April to respond to a parliamentary inquiry Chornovol.

The Verkhovna Rada passed a request to the Ministry of defence to find out whether the deserted presidential candidate Vladimir Zelensky in 2014 from the army, the Ministry replied that check.

The appropriate request during the hour of questions to the government was voiced by MP from the “popular front” Tatiana Chornovol.

“In mass media there was disturbing information that one of the candidates ready to take on the role of the advocate, we are talking about, supposedly in 2014, Mr. Zelensky refused to call, you have refused to perform the functions of a lawyer,” she said.

See also:  The Russian foreign Ministry commented on the new us sanctions

According to the Deputy, it is necessary to confirm or deny this information as quickly as possible.

“Evasion of military duty is a criminal case. I would like to hear if it is true, brought Lee on this criminal case, we are talking about such crimes as desertion,” summed up Chornovol and conveyed the request.

First Deputy defense Minister Ivan Rusnak said that the Ministry of defence will try on 12 April to respond to a parliamentary inquiry Chornovol.

Lieutenant Colonel, commander of the 43rd battalion “Patriot” Sergey matseyko the report said that in 2014, worked on mobilizing and personally wrote out Zelensky, the summons that took his mother. 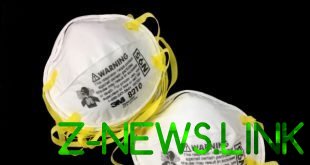