Home / economy / The debt of Ukrainians for utilities rose

The debt of Ukrainians for utilities rose 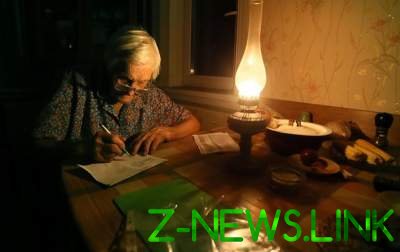 The highest level of payment for communal recorded in the Rivne region.

The debt of Ukrainians for utilities in October rose 5.9% compared to the previous month and was 24.9 billion. This was announced on Friday, December 1, the State statistics service.

In General, in October 2017, the Ukrainians paid for housing and utility services UAH 4.3 billion, including debt repayment prior periods amounted to 72.4% of assessed during the month amount.

The highest level of payment zhilkomuslug in October-2017 fixed in Rivne (115,9% with account of repayment of debts of previous periods), Kherson (95.8 percent) and Ternopil (95,2%), other areas have paid from 40% to 83% zhilkomuslug.

Average charges for housing and utility services in the country on a one owner account consumption of electricity (150 kWh) in October-2017 increased in comparison with September by 49% – up to UAH 803.

According to the state statistics service, in January-October 2017 with a population of concluded 75,3 thousand contracts on repayment of the restructured debt for housing and utility services for a total amount 346,8 million UAH.

Data are presented excluding the temporarily occupied territories of Crimea and Sevastopol and part of the zone of the antiterrorist operation in the East of Ukraine.