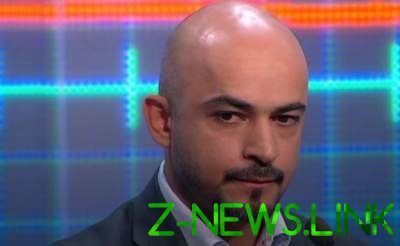 During the campaign, Dmitry coens promised the activists that the daughter and the parents of the deceased Mostovskoy protection.

The daughter of the murdered human rights activist Irina Moskovskoy receives threats, but law enforcement officers do not pay attention to it, said MP Mustafa Nayem. His statement he made during a rally near the main Department of MIA in Kyiv on the investigation of the murder.

The MP said that the rally caused by people’s distrust towards law enforcement authorities in the investigation of the “two killings”: murders Mostovskoy and the death of her sister in an accident two years ago.

“The police paid no attention to the threats to Irina. The father of the defendant (rossoshanskaya, which brought down to death the sister of human rights activist) has threatened that it “will end badly “. And her parents said they were going to bury another daughter. She contacted the police, but the reaction was not, ” – said Nayem.

The chief of the National police in the Kiev region Dmitry coens told protesters that Irina Noskovskaya not addressed in law enforcement bodies with the message about the threats.

During the campaign, Dmitry coens promised the activists that the daughter and the parents of the deceased Moskovskoy protection. Will also create a group of 10 people with the participation of professionals (lawyers), to control the process.