Home / WORLD / The Daily Beast demanded Trump supporters be arrested & humiliated. Why are they shocked when they’re threatened with the same?

The Daily Beast demanded Trump supporters be arrested & humiliated. Why are they shocked when they’re threatened with the same? 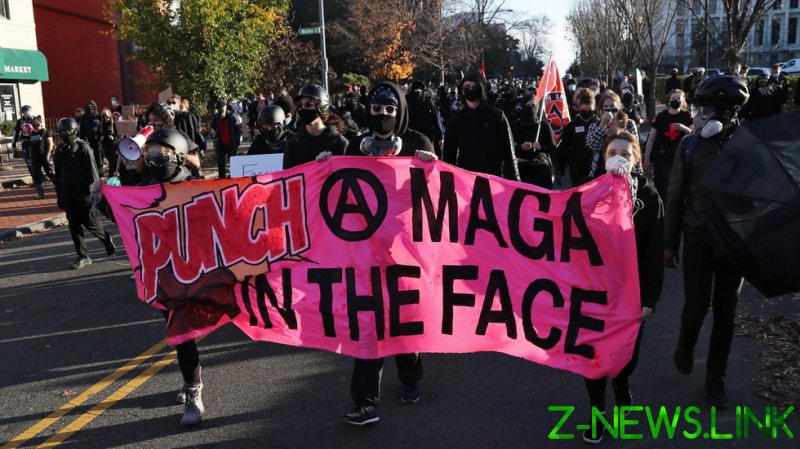 When the Daily Beast discovered that a website called Enemiesofthepeople.org was allegedly doxxing state and local officials who’d stood in the way of President Donald Trump’s efforts to challenge last month’s election results, they should have been overcome with a sense of déjà vu.

After all, the Beast’s own editor had just this month penned a piece promising to neither “forgive” nor “forget” the supposedly beyond-the-pale actions of Trump and his supporters, instead making them suffer to the best of his abilities. “Only exposure, pain, humiliation, and (inshallah) incarceration will lead to a moment of reckoning” for the Republican Party, editor-at-large Rick Wilson frothed.

“I’m shocked seppuku hasn’t made a comeback” among those who’ve made “personal and moral compromises under Trump,” Wilson continued, explicitly encouraging suicide for his political opponents, whom he derisively referred to as “profiles in chickens**t.”

Fellow Beast editor-at-large Molly Jong-Fast piled on this week with a screed of her own, directing economic threats at anyone who’d had the gall to support the president during the past four years. Such “democracy killers,” as she called them, “deserve no cushy gigs” – unlike, apparently, the war criminals who packed the Bush and Obama administrations. Most of whom later landed posh think tank postings where they could spread the gospel of ‘humanitarian bombing’ far and wide without fear of crusading establishment mouthpieces harshing their lucrative mellow.

And ‘special correspondent’ Michael Tomasky added his voice to the chorus demanding Democrats salt the very earth where the Trump administration once had stood, lest the president’s supporters attempt to rewrite history to paint the years 2016 to 2020 as a brief golden age. The irony of a writer who has spent the past four years declaring Trump as the second coming of Hitler (and the past few months painting DC careerist Biden as a breath of fresh air) accusing the president’s supporters of institutionalizing fantasy apparently passed Tomasky by.

But rather than recognize Enemiesofthepeople.org as an in-kind response to their own threats – to say nothing of outside efforts such as the Trump Accountability Project and New York Rep. Alexandria Ocasio-Cortez’s call to archive Trump supporters’ tweets to use against them – the Beast ran screaming to the FBI. Less Beast, more scared pussycat.

The bureau reassured the outlet that law enforcement was “aware of the matter,” and the site has since been taken offline, along with its Twitter account.

But the same publication that gleefully responded to a hypothetical call for bipartisan civility with “a hearty ‘f**k no’” just last week, was apparently shocked by the notion that two could play at that game.

It’s not clear why it never occurred to the baying packs of anti-Trumpers that their targets could just as easily turn their scorched-earth tactics back on their liberal tormentors. Perhaps the media establishment has had a lock on the narrative for so long, they’ve forgotten that power doesn’t last forever.

But with the possibility of civil war beginning to look alarmingly plausible and an increasingly desperate population scrambling to survive amid the worst economic depression since at least before World War II, establishment hacks should be careful whose toes they stomp on. The US is a tinderbox heading into 2021, and it won’t take much for the whole mess to go up in flames.