The cyclone in Myanmar destroyed 800 houses 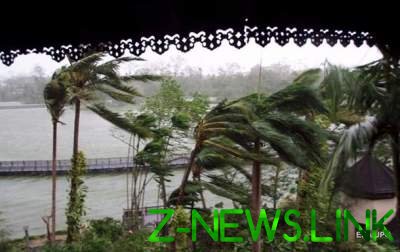 Because of the strong wind in the river, Chindwin near the village of Midin sank a cargo ship.

As a result of hurricane and tropical rainfall in the North of Myanmar was destroyed about 800 homes. On Wednesday, may 15, according to the Department of emergency situations of Myanmar.

“Two towns, which suffered most from the weather, is pale and Kani. Kani have suffered the most, losing 780 houses,” – stated in the message.

It is noted that some settlements were also hit by heavy hail.

According to representatives of local authorities, from-for a strong wind in the river, Chindwin near the village of Midin sank a cargo ship.

Yesterday it was reported that from-for bad weather in Bosnia and Croatia, the river overflowed and flooded dozens of homes and roads. People living near swollen rivers, urged to leave their homes. The landslides occurred due to heavy rainfall, blocked local roads.

See also:  Houses in London can be cheaper