Home / WORLD / The curious case of Dr. Seuss shows that it’s getting ever more confusing deciding what’s racist – and what’s not – in the arts

The curious case of Dr. Seuss shows that it’s getting ever more confusing deciding what’s racist – and what’s not – in the arts 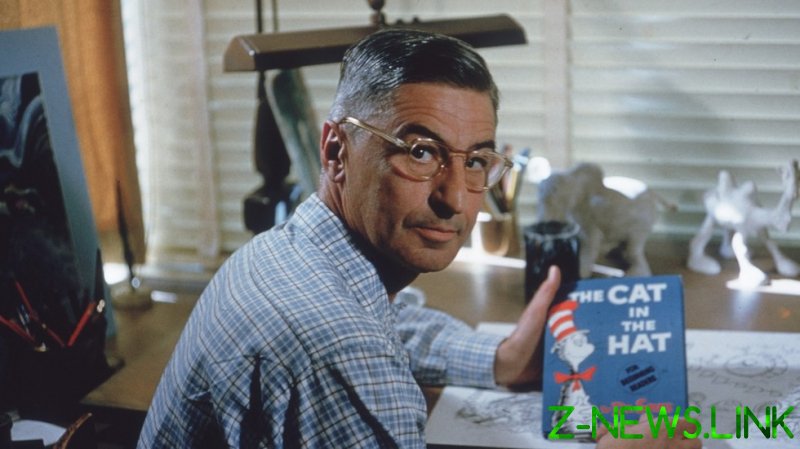 If, like me, you’re an information geek and a semi-hypochondriac, one of the most fascinating reads on the planet is the World Health Organization International Agency for Research on Cancer’s List of classifications by cancer sites with sufficient or limited evidence in humans, IARC Monographs Volumes 1–128a.

While this intriguing little title doesn’t roll off the tongue, exactly, the pearls of wisdom and nuggets of informational gold contained within are priceless. For instance, who would’ve thunk that working nights can give you cancer? Or that carpentry and joinery are carcinogenic, or painting, for that matter? (I’m assuming the context here is decorating as opposed to water colours, but the detail is a little sketchy on this one.)

We all know that smoking, boozing and pretty much anything else that’s fun is bound to give you cancer; but banging the hell out of an Ikea flatpack or doing up the spare room can kill you? C’mon. However, the geeks at the WHO know their onions, so if they’ve calculated that there’s enough of a statistical probability of something nasty happening to you based on a given activity, you should take their word for it until someone else says otherwise. That’s how science works.

All of which makes me think that the WHO should publish a monograph along the lines of a “List of classifications by racist animations with sufficient or limited evidence in writers, illustrators and producers,” as it’s getting a little confusing as to which of my favourite cartoons are culturally toxic. Take Dr. Suess, for instance.

I used to love reading my children The Cat In The Hat at bedtime or watching How The Grinch Stole Christmas with them. Part of the appeal of such books or films was their use of anthropomorphised characters, and their apparent lack of discernible racial, if not human, identity. Just like Winnie the Pooh, The Tiger Who Came to Tea, The Teletubbies or Shaun the Sheep, Dr. Seuss’s myriad titles trade on a core psychological trick of the trade: characters that are silly, cuddly and often animalistic, but have human traits, are easier for children to identify with emotionally, while said characters’ lack of ethnocentrism means, for publishers, producers and merchandisers, the world is their oyster.

Basically, it’s far easier to hawk kids’ cartoons to a global audience using talking fluffy bunnies and jabbering space aliens with luminous green faces than dark brown ones. Even Peppa Pig is popular in territories where you’d think she’d be haram because pigs are race neutral. Well, sort of.

The trouble with Dr. Seuss, however, is that behind all the wonderfully wacky weirdness and furry fun, there’s evidently a dark side to Theodor Seuss Geisel, creator of the eponymous publishing empire.

“In Dr. Seuss’ books, we have a kind of sensibility which is oriented toward centering the white child and decentring everyone else,” said Ebony Thomas, a professor of children’s and young adult literature at the University of Pennsylvania. Speaking to NBC, the author of The Dark Fantastic: Race and the Imagination from Harry Potter to the Hunger Games effectively supported Dr. Seuss Enterprises’ (DSE) decision to cancel six of its six books, published between the 1930s and the late 1970s.

“Dr. Seuss was shaped by a completely immersive white supremacist culture,” Thomas told NBC. “Even during that time, our ancestors and elders were protesting racist works and producing alternative stories for our children. How do we decide what endures and what doesn’t endure? It’s our responsibility to decide what kind of books to put in front of kids.”

DSE has of course self-flagellated over the offending books, confessing that they “portray people in ways that are hurtful and wrong.” But as philosopher and cultural critic Dr. Isabel Millar pointed out, “All these little gestures don’t really change the power structures – they just make white people feel good about themselves for noticing [racism].”

Indeed. Such corporate virtue signalling is a small price to pay and will barely, if at all dent DSE’s healthy bottom line. As Forbes reported in 2019, “With books sold into 110+ countries in 45 languages as well as braille, and over $1 billion lifetime sales and 650 million books sold worldwide, DSE continues to expand the Dr. Seuss brand across a myriad of industries, creating new products for all ages to enjoy.”

One can see how young, impressionable minds do need protecting from the likes of Dr. Evil – sorry, Dr. Seuss – and his racist buffoonery. But what about Chris Rock’s jive talking zebra, ‘Marty’ in Madagascar or Eddie Murphy’s ‘Donkey’ in Shrek? Many have argued that, despite being voiced by black actors, these stars’ performances are racial stereotypes bordering on minstrelsy.

Murphy has, to his credit, played with minstrelsy in a clever way. Back in 1984, his Saturday Night Live sketch, “White Like Me” saw the comedian don ‘whiteface’ for a mockumentary on racism in America. Everywhere he looked he found racism because… hey, it’s America, stupid! One of the few genuinely funny moments in SNL’s 45-year hit and miss history, Murphy’s whiteface, which he reprised four years later in Coming to America raised serious questions regarding ‘cultural copyright’ and who has the ‘right’ to lampoon who – questions that go right back to early 19th century minstrelsy.

While those on the woke-right, such as Piers Morgan, have criticised the likes of Murphy, the Wayans brothers and even Uncle Lenny Henry for ‘whiting up’, unsurprisingly, he doesn’t get the irony, nor the historic context behind the woke-left’s desire to strike off Dr. Seuss. Look closely enough at the dodgy doc’s Cat in The Hat – or Mickey Mouse or Bugs Bunny or Felix the Cat – and you’ll find minstrel tropes, such as white gloves, hiding in plain sight. Otto Messmer, creator of Felix the Cat, was one of few cartoonists to actually admit that his fiendish feline was based on a minstrel character.

Having grown up in the ‘70s and ‘80s on a diet of big black mamas in Tom and Jerry, ‘Jim Crow’ in Dumbo and a plethora of politically incorrect and occasionally racist Disney, Hanna Barbera and Looney Toons flicks, maybe I’ve become too cynical about the degree to which American popular culture is merely a reflection of American society. Which is why it’s now a bit rich for a ’90s and noughties generation reared on The Simpsons, South Park and Family Guy to have suddenly found a conscience about the minstrelsy in those shows. Or have these woketards been too busy staring at their mobiles to notice?

Last year, actor Hank Azaria revealed that he would no longer voice The Simpsons’ Kwik-E-Mart clerk Apu after the character was quietly shown the backdoor in 2017. As Asian characters go, Apu was about as subtle as Peter Sellers’ Indian Dr. Ahmed el Kabir in The Millionairess,or Spike Milligan’s Pakistani factory worker Kevin O’Grady in ITV’s short-lived sitcom Curry and Chips. In his documentary The Problem With Apu, comedian Hari Kondabolu had slated Apu for being a racist stereotype of Indian-Americans. Fallout from the doc led to Azaria receiving “a wave of criticism” and, despite putting in a 30-year shift voicing Apu and many other Simpsons characters, it was time for Azaria to clock out.

No sooner had Azaria quit than black actor Arif Zahir took over the role of Cleveland Brown from white actor Mike Henry. Brown is a black character who is Family Guy star Peter Griffin’s friend and neighbour. Henry tweeted last June that he would be stepping down from the role he’d voiced since Family Guy debuted in 1999, and its spin-off The Cleveland Show, which he’d voiced from 2009 to 2013 stating, “persons of color should play characters of color.”

White actors Jenny Slate and Kristen Bell appeared to have got the same memo having given up their respective roles on Big Mouth and Central Park saying it was “inappropriate” to voice biracial cartoon characters.

In a recent BBC interview, Simpsons’ creator Matt Groenig admitted, “Times change but I actually didn’t have a problem with the way we were doing it. All of our actors play dozens of characters each, it was never designed to exclude anyone.”

This is easy for Groenig to say. But in a country where 45 million people are black, even if finding animators, illustrators, showrunners or Hollywood Foreign Press Association members ‘of colour’ is ‘challenging’, surely finding black people who can speak into a microphone isn’t that hard. South Park managed it with Isaac Hayes and ‘Chef’ for multiple seasons; and my current favourite (culturally white) animated series F Is For Family has a number of black characters voiced by, you guessed it, black actors.

One of F’s many gems is the sardonic Smokey Greenwood, voiced by Michael Kenneth Williams who has played, among other intriguing characters, Omar Little in The Wire. I’d like to think that the show’s creator, comedian Bill Burr, managed to authenticate his characters’ voices thanks to his own wit and not the influence of his wife, Nia Renee Hill, as that would be cheating seeing as she’s a sista. But while The Simpsons, Family Guy and The Cleveland Show stumble over whose turn it is to black or brown up, F Is For Family plays it ‘straight’ thanks to its faultless casting. As Smokey tells his new delivery job skivvy, and the show’s white working class hero, Frank Murphy, after he gets cute with an impromptu one-liner: “Don’t improvise. This ain’t jazz motherf****r!”