Writer Stephen king, author of the novel “the Shining”, has never made any secret of the fact that he does not like the film based on his book Stanley Kubrick. Many believe “the Shining” Kubrick’s one of the best novels of king, but the King himself from time to time to this day does not allow us to forget that he is not pleased with this movie and the fact that the great Director made the original work.

King does not like Kubrick’s film, which in 1997 wrote a script for a three-episode mini-series, which (much closer to the text of the novel) took his buddy Mick Garris. And fans are still arguing which of the adaptations better. For me, the Kubrick film out of competition, he’s just “another League”, but someone finds him boring, unlike the TV performances of Garris. But here a word took the famous twins from the movie…

See also:  Video a reminder of "the Happy day of death." 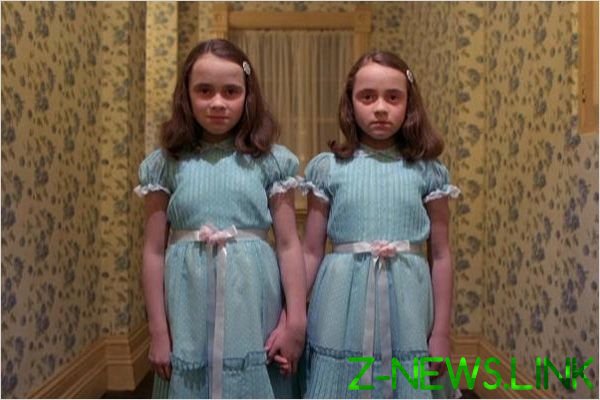 Lisa Barnes and Louise Barnes did not make a career in the movies, but we all remember them on the “Lights” simply because they’re truly unforgettable in the role of the Grady girls. Sister Barnes is still a welcome guest of various horror conventions, and recently they were invited to talk YouTube-blogger Jamie Stangroom (Jamie Stangroom). Just in time for a chat with Jamie Barnes and shared his opinion about the mini-series Mick Garris.

This shit. Stephen king got the rights back and made their own movie… waste of time that cost him dearly.

When asked whether, in principle, will ever again attempt to film “the Shining”, Barnes replied:

Leave it as it is. This is the work of a master. Don’t hurt her.

About the new film adaptation, I do not agree. Not all remakes are equally useless. What do you think about it?