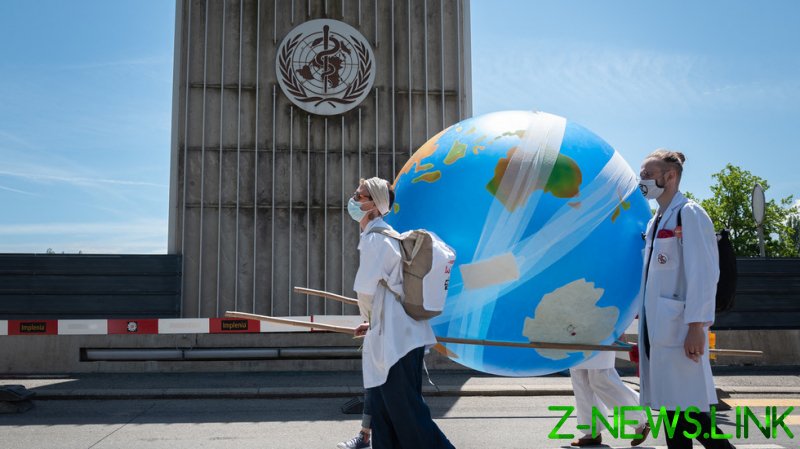 When 200 medical journal editors publish an apocalyptic and misleading joint editorial about the dangers of temperature rises, which the Wall Street Journal’s editorial team correctly noted “could have been ghost written by Greta Thunberg,” it reveals that the politicization of expertise we have seen during the Covid pandemic is now limitless.

The intervention by the medical journal editors in the climate debate and its impact on public health ought to be welcomed. We certainly need a broader discussion. But when such an intervention is more about politics than medical science, in the words of the stricken Apollo 13 crew, “Houston, we have a problem.”

The main problem with these journals joining the climate lobby is that they are not doing so to provoke or advance the science of climate change. They have shown themselves to be far from open to debate during the Covid crisis in their field. Many are guilty of having suppressed critical discussions in their pages during the pandemic, from the origins of the original virus, through the effectiveness or not of masks and of social distancing, to the cost of lockdowns.

They have been the gatekeepers, the medical experts who have maintained a monopoly on what they have chosen to be the truth – truths that we were simply expected to defer to.

Now, encouraged by their new elevated status – a status which is very much the outcome of the failure of politicians to exercise judgement over experts during the pandemic – they feel it their duty to go beyond their expertise to stoke fear ahead of the UN climate change conference COP26 in November.

As the WSJ points out, there are many dubious claims in the joint editorial, including the suggestion that no temperature rises are “safe” and that higher temperatures are linked to dire health outcomes. To back this up, the joint editorial cites a recent British Medical Journal meta-analysis of studies that examine links between extreme weather and health. They fail to discuss that most of these findings haven’t been replicated, and many conflict. At best, it provides correlations which, as even schoolchildren know, does not prove causation. As the WSJ wryly comments, “obesity has increased at the same time temperatures have. That doesn’t mean heat is making people fatter.”

In reality, extreme cold kills more people each year (1.3million) than extreme heat (356 000), according to a study published in The Lancet last month. Deaths from cold weather have decreased as population rates have increased, mainly because more of the world’s population has had more access to heating.

They need more, which means what they need is more development and access to cheaper energy.

As the WSJ points out, “about 10% of the world’s population currently doesn’t even have electricity, and a third still cook with stoves that use wood, coal, crop waste or dung, which “kill millions each year.” If the medical journal editors were genuinely concerned about health outcomes, they would be demanding the greater use of nuclear energy, which would give poorer countries access to the cheap and clean energy they need to combat poverty, which kills more people than anything else.

But there is no mention of nuclear energy. Why not? Because this would be a powerful counterpoint to climate alarmism which sees the limitation of consumption and the lowering of development aspirations as the only solution to what they all agree is a man-made climate catastrophe.

This simply highlights that this medical profession intervention has little to do with fighting for better public health. One can only assume that their motivation has more to do with virtue signalling and opportunism. By joining the climate lobby, they are attempting to insert themselves into a debate in which they have no right to claim any authority in.

And herein lies the real danger. By exploiting the politicization of expertise, the medical profession is now in danger of undermining the authority of science and knowledge. You do not need a doctorate in sociology to understand why conspiracy theories that are rooted in the mistrust of the so-called experts are growing as they are.

By going beyond their expertise to add political support to a one-sided and misanthropic debate about climate change, the medical profession is in danger of itself becoming a threat to public health.