Home / WORLD / The Covid-19 lab leak theory is back, but it’s a poor man’s ‘Iraq anthrax vial’ for China at best

The Covid-19 lab leak theory is back, but it’s a poor man’s ‘Iraq anthrax vial’ for China at best 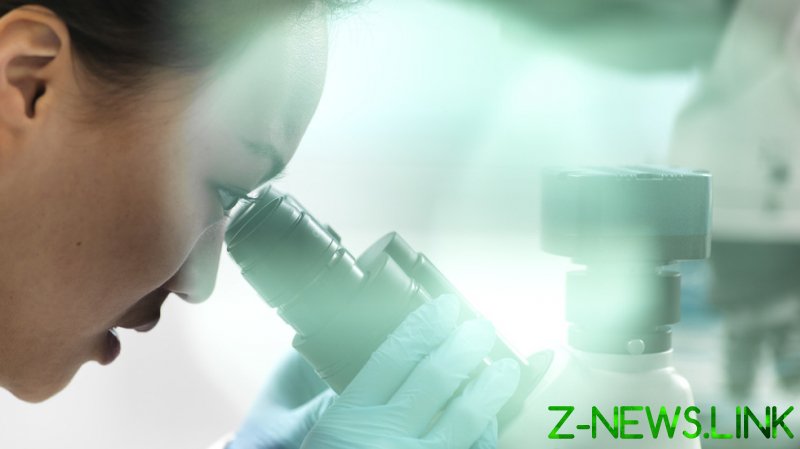 Just as the World Health Assembly is kicking off, the Wuhan lab theory of Covid-19’s origin is back again. A Wall Street Journal exclusive yesterday claimed, citing “newly declassified” US intelligence, that in autumn 2019, three workers at the Wuhan Institute of Virology allegedly got sick with Covid-like symptoms. This was quickly marketed amongst American conservatives as ‘smoking gun’ proof that Covid-19 did originate in a laboratory accident, as frequently claimed by the likes of Mike Pompeo throughout last year.

However, a more thorough insight into this new report quickly finds that on its own merit it still does not hold up to scrutiny. It’s not new content but, unsurprisingly, recycled. Not only does the alleged document itself lack a decisive or coherent primary source, it regurgitates theories which were already in the public domain. One is a rumour that was even brought before Chinese officials in a March press conference; another appears strikingly similar to a “dossier” allegedly put together by “concerned Western governments” last year, pushing the lab theory. Even an industrial-scale advocate of the theory like Washington Post columnist Josh Rogin was forced to admit it wasn’t really anything new on behalf of the WSJ.

But on the other hand, even if we were to take this report at face value and excuse its dubious nature, does this apparent “finding” have any merits? Those who support it crumble under their own contradictions. For something apparently so damning, US intelligence seemingly sat on it for so long, allowing politicians to rave and weaponize the theory against each other for a similarly long time, demonstrating otherwise very little. At the beginning of the pandemic, Trump praised Xi Jinping for his handling of the virus 15 times until it became politically convenient not to do so, and then he himself started advocating the lab theory, claiming he’d “seen” evidence. One would think if he had it, he could just show it, thus proving his point and potentially tipping the election in his favor, so why didn’t he or anyone close to him do it at the time?

Yet it refuses to go away – why? Conservative voices appear to see this article, for all its flaws, as a form of vindication, a course correction for a media which was otherwise dismissive of the president. As Glenn Greenwald tweeted: “Major media outlets spent a year demonizing the lab-leak theory as an insane conspiracy theory. Fact-checkers pronounced it false. Those suggesting it were banned online on grounds of ‘disinformation.’” The most prominent of those suggesting it was then-US President Donald Trump (though for him in particular, the social media ban came later and for a different ‘offense’). Whilst of course the theory has been used opportunistically to market a confrontational policy against China, as the Biden administration are not advocating it anymore, its longevity has developed a partisan angle: for conservatives, this is about salvaging Trump’s legacy against the media.

In the midst of it all, there’s been an ongoing tug of war in the attempt to link it to Dr. Anthony Fauci and discredit him. Fauci has old wounds with Trump and has “become a lightning rod for conservative criticism of how the scientific community has handled the ongoing pandemic.” The Wuhan lab theory has become a vehicle for attacking him in this longstanding row and for proliferating, as observed with the Greenwald quote, many Republican talking points, in particular criticism of the mainstream media as biased, portrayal of the Trump administration as a whole, and the broader right-wing populist trend of attacking “experts” as “elites” who have sinister, vested interests and betray the interests of “ordinary people.” Here, it’s fuel to keep the Trump fire going.

In this case, whilst it may be otherwise fitting to describe the lab leak theory as the “weapons of mass destruction theory” of our time, like the claims that preceded the US invasion of Iraq, a state-sponsored lie utilized to justify a decision of tremendous consequence – and certainly the Trump administration at the time envisioned it as such – it was a poor man’s version at best and certainly doesn’t have such potential now. With the pandemic in the United States nearing an end and life returning to normal, the theory has long passed its sell-by date of being of any consequence, even if certain individuals are adamant to try and push it upon the Biden administration (hence the timing). Thus, all this is and all it will ever be is a pursuit of old Republican grievances and an endemic form of the post-truth and misinformation culture that has beset their party in the light of a deeply divided spectrum in American politics, creating an environment of deep distrust, high stakes, and sky-high bitterness. The worth of this report never hinged on its adherence to the facts or the credibility of its claim, but the apparent value in becoming a “catch all” token to winning old arguments, which by and large don’t concern China as much as it appears.