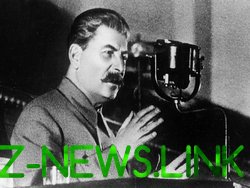 The Tver court of Moscow refused to declassify the names of the 11 prosecutors from the reign of Joseph Stalin in force at the time of the Great terror in the composition of the Troika of the NKVD. This was reported by “Kommersant”.

This decision was taken after consideration of the claim of “memorial” to the Prosecutor General of Russia. Historians have tried to obtain information about the Soviet prosecutors for historical reference book with biographies of all the members of the triples. “Memorial” is preparing this book, together with the Russian state archive of socio-political history, State archive of the Russian Federation and the Central archive of the FSB.

The Prosecutor General’s office refused to provide information to the historians, referring to the law “On personal data”, which says that information about a person is forbidden to disclose to third parties without his consent or the consent of the heirs.

“The argument of the prosecution that we are going to spread the information discrediting people. But the point of the story is to record all actions”, — said the lawyer of “Memorial” Marina Agaltsova. Besides, the law “On personal data” allows you to publish information for the implementation of scientific activities and to achieve public objectives.

“Since the establishment of the requested information has been more than 75 years that allows access even to documents that contain information about personal and family secret of the citizen, according to the law “On archives”. And such a mystery on the level of protection is at a higher level than personal data,” said Agaltsova.

These arguments were presented in court, but the Prosecutor’s office said that the fact of occurrence of the three NKVD is not a crime, “objective data” about the fraud cases from the 11 prosecutors, historians were not given. The requirement to provide information also violates the principle of non-interference in the exercise of prosecutorial supervision, said the Prosecutor’s office.

“The great terror — the greatest tragedy, and the people who took part in the repression — absolute criminals. If we honor the memory of the victims, you need to know and executioners, which years later has not suffered, even moral responsibility. Data on prosecutors, of course, must be made public,” — said the doctor of historical Sciences, Director of the International center for the history and sociology of world war II and its aftermath Oleg Budnitskii.

NKVD Troika was on extrajudicial repression of “anti-Soviet elements”. Consisted of three people — chief of a Republican, territorial or regional management of the NKVD, the Registrar and the Prosecutor, for which he received its name. The Troika operated in the USSR between August 1937 and November 1938.