Home / policy / The court of Budennovsk sentenced the student, alliancegi girls acid to 5 years in prison

The court of Budennovsk sentenced the student, alliancegi girls acid to 5 years in prison 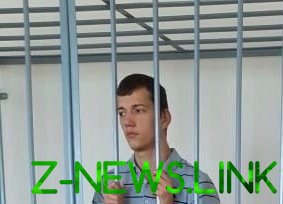 Budennovsky city court of the Stavropol region announced a sentence to the student of medical College Shamil Caparulo in 2017 poured the three girls with acid for “venting his anger accumulated anger and aggression.” As the press service of the court, Chaparov found guilty of deliberate causing of heavy harm to health of adolescent girls, as expressed in “indelible disfigurement of the face” (part of 2 articles 111, 112, 115 of the criminal code).

Crimes Chaparov, nicknamed “the acid maniac” took place in 2017. As the press service of the TFR, June 20, he gratuitously threw acid in the face of a passing 15-year-old girl. Three days later, he sprayed acid on two girls met on the street. The victims suffered burns of varying severity.

During the trial of Chaparov pleaded not guilty. “However, his guilt was fully confirmed by the testimony of victims and their legal representatives, witnesses and investigated at the hearing written materials of the case,” — said in court.

For multiple offenses, he was sentenced to 5 years in penal colony of General regime. While the verdict in force has not entered.