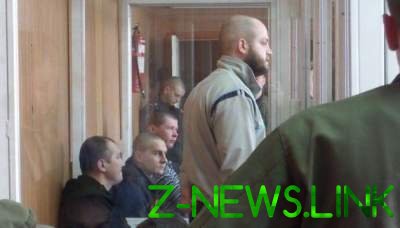 Ex-participants of the “case 2 may” have left under arrest

Primorsky district court of Odessa has extended until 18 January, the arrest of the citizen of the Russian Federation Yevgeny Nefedovo suspected of involvement in actions aimed at violent change or overthrow of the constitutional order or the seizure of state power.

The corresponding decision the court took on Friday, December 29, considered in camera the request of the parties, the prosecution and defense of election of a measure of restraint Nefedovo.

“The court decided to partially satisfy the petition of the prosecution to extend the period of detention of the defendant Nefedova in custody until 18 January 2018”, – announced the decision of the presiding judge Roman Goncharov.

In a press-service of regional Prosecutor’s office explained the petition of the prosecution on the hearing behind closed doors that investigators “have received new evidence during a pretrial investigation, disclosure of which may harm the investigation”.

In turn, the lawyer of the defendant Valentin Rybin said that really there was no reason for the hearing of the petition in closed session.

“Anything new on the case was not closed it was made in order to Meadow couldn’t tell us where you were and what you were doing last 15 days. And it was in Svyatogorsk, under the protection of the SBU and was not going anywhere to hide,” said Rybin.

As reported, the Primorsky court on 29 December did not allow journalists to a meeting which considered the request of the public Prosecutor in relation to Meredova, who was the defendant in the “case on may 2,” now is suspected of actions aimed at violent change or overthrow of the constitutional order or the seizure of state power.

Party the may riots in Odessa Nefedova returned on December 28 in Odessa detention center of Svyatogorsk of Donetsk region, where he and a group of other criminal offenders was collected in, among others, to exchange for the Ukrainian hostages.