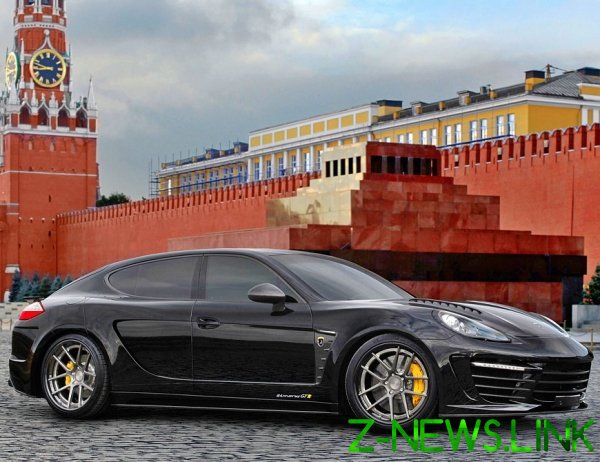 Moscow is among the most affordable for millionaires cities of the world.

Moscow is, according to Bank Julius Baer, one of the most affordable cities for luxury consumers. The Russian capital boasts an overly expensive wine, but it is available Botox injections.
Swiss Bank Julius Baer released its first global report on wealth and luxurious lifestyle of Global Wealth and Lifestyle Report. The report was based on a study of consumer behavior and prices of goods and services to the luxury segment in 28 Metropolitan areas. Moscow was one of the most affordable cities, finishing in 23rd place in the overall ranking.

Analysts at Julius Baer researched prices on 20 categories of luxury goods and services, they buy themselves hainey (high-net-worth individuals) — generally, these include people with a fortune of more than $1 million excluding a primary residence. Were accounted for as a prices on Rolex watches and handbags Dior, and the expensive wine and the organization of the wedding Banquet.

The most expensive cities for millionaires, according to Julius Baer, are Hong Kong, Shanghai and Tokyo. Accessible only millionaires were to live in Mumbai, Johannesburg and Frankfurt.

See also:  The US Ambassador took a ride on the tram in Vinnytsia

Moscow has become one of the most affordable cities, because in General, the majority of goods and services to the luxury segment in the Russian capital are cheaper than in other world cities. There are two categories in Moscow was the most affordable city in the Russian capital is cheaper just to buy from the legendary piano manufacturer Steinway & Sons and make laser vision correction.

Moscow is also lower than the average for the 28 cities, prices for personal sports training and Botox injections to smooth facial wrinkles around the eyes. The cost of Botox injections against “crow’s feet” is, according to Julius Baer, Moscow is $91, which is about 5,7 thousand rubles in Istanbul only — $79.

In Russia, these treatments are actually cheaper, while the cost is mainly determined by the price of the service, not the cost of the drug confirms the General Director of the clinic of aesthetic medicine and cosmetology Clinic ReInTa Anton N. shchukarev. According to him, the flow of tourists who come for these procedures, since there is no advertising of these services in Russia abroad.

See also:  In Moscow, a woman a few days kept in the basement, beating and raping

Average price of injection botulotoksina in Russia is 7,9 thousand rubles, whereas in the US the same procedure will cost in terms of rubles in 19.6 thousand rubles, according to the analytical center “GMP news”.

In addition, Moscow is cheaper than most of the cities in the world, you can fly business class.

Moscow entered the top three most expensive cities by cost of jewelry and premium wines. “The tradition of making wine on a fairly large margin have existed since 1990-ies, — said the head of the working group “Wine tour guide Russia” Roskoshestvo Arthur Sarkissian. — Besides, now the more expensive the wine, the more companies you have to pay taxes and duties. In the end, a great, exceptional wine in France, you can buy twice cheaper, than in Moscow”.

Above average compared to other cities in Moscow will cost women shoes Christian Louboutin New Simple Pumps, the wedding Banquet and the services of a lawyer.