Home / business / The company “cooks Putin” received contracts ₽2.6 billion for the supply of food in the schools of Moscow

The company “cooks Putin” received contracts ₽2.6 billion for the supply of food in the schools of Moscow 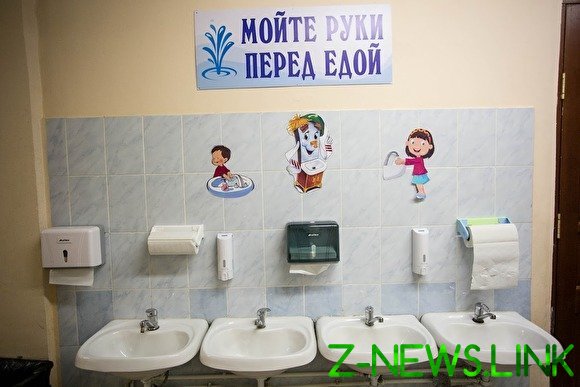 Company “Shkolnik-Yuz” and “schoolboy”, which, according to some media reports, can be related to the businessman Evgeny Prigozhin, has received three new contracts for the supply of food in schools and kindergartens of Moscow for a total amount of 2.6 billion rubles. The relevant procurement drew attention to the publication “MBH Media”.

According to the website of public procurement, “Shkolnik-Yuz” put food in 32 schools in the capital, “schoolboy” — state educational institutions (GKOU), under the Department of education and science (correctional schools and boarding schools).

All three contracts provide for Breakfast, second Breakfast, lunch, snacks, dinner and second dinner for preschoolers aged 1.5 to 7 years and for schoolchildren of primary, basic and secondary General education. Delivery time — from 1 July to 31 December 2019 1 January to 30 June 2020.

We will remind, at the end of last year, the firm Eugene Prigogine, “Concord”, which also supplies food to schools and kindergartens of Moscow, was accused of the mass poisoning of children. In fact the mass infection with a dysentery in kindergartens, as reported by the media, February 22, the Investigative Committee opened a criminal case.

In addition, parents of injured children filed a lawsuit against the company “cooks Putin.” Their interests in court are represented including the lawyer of FBK Love Sable, which was the first to conduct investigation on the fact of mass poisoning of children. In early April, had filed a second similar lawsuit. In April, the court suspended the consideration of the first claim before the completion of the investigation of the criminal case. On 25 April, the head of Rospotrebnadzor in Moscow Elena Andreeva reported that after a mass poisoning of pupils of the Moscow kindergartens “Concord” has paid more than two million rubles of fines.