The commander of the PMC Wagner headed the catering business, “chef Putin” 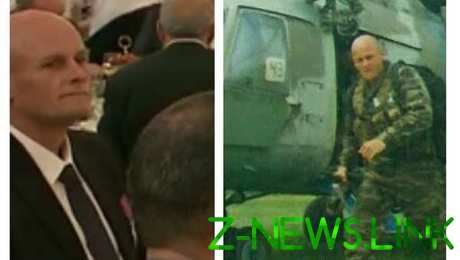 General Director of LLC “Concord management and consulting” – management company of the holding company and restaurant Eugene Prigogine – was Dmitry V. Utkin — the complete namesake of the alleged commander of PMC Wagner.

About it writes RBC.

According to the newspaper, the company “Concord management and consulting”, which is the managing company of the restaurant holding “Putin’s cook” Prigogine, owns several restaurants in Moscow (the restaurant steam-ship River Palace) and St. Petersburg (the”Russian Empire”, “Russian kitsch”, Polenta), and a network of boutiques “chocolate Museum”. The firm is building of the village “North Versailles” near St. Petersburg.

Note that, according to the St. Petersburg newspaper “Fontanka”, the Wagner is a military Callsign of Dmitry Utkin. He is a reserve officer and had previously served in the Pskov brigade of the GRU. In December 2016 Utkin was invited to a reception in honor of celebration of heroes of the Fatherland Day in St. George hall of the Grand Kremlin Palace. Press Secretary of the President Dmitry Peskov confirmed then that Utkin was present at the reception. “I don’t know how it is known, Dmitry really was. He is the gentleman of order of Courage, he was from the Novgorod region”, — said Peskov.