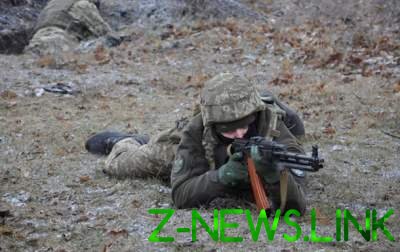 Since the beginning of days the military has recorded two attacks.

Since the beginning of the day on Monday, March 18, in the Donbass were two attacks, one soldier was killed, reported on the website of the Ministry of defence.

It is noted that the killed soldier born in 1998.

See also:  In Russia retired the second time killed the roommate in the Victory Day

So, with 6.40 for 25 minutes with the direction of the village Youth, the separatists released a 14 min., mostly 120-gauge, the positions of the Ukrainian military in Katerynivka. In the area of the farm around 10: 00 Free recorded attacks by the enemy of heavy machine guns and small arms.

See also:  The defendants in the "list of 47" are under constant guard

The defense Ministry stressed that the Ukrainian military carried out an adequate defensive actions with the use of active-duty firepower.