Home / economy / The collapse of the Belarusian economy, or why Lukashenka wants to show off

The collapse of the Belarusian economy, or why Lukashenka wants to show off 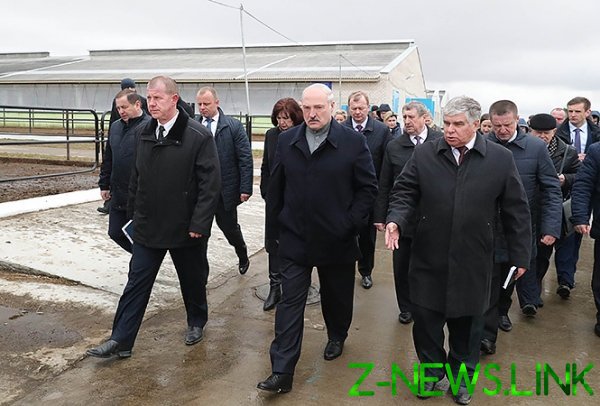 “A shame,” — say the staff of the dairy complex “Lick”, where yesterday the President gave a dressing down to the officials and called one of the sheds “Auschwitz”. They say that clean side “crap beast” — although it is not necessary nor technology, nor by an animal, and say that their Ministry in fact, one of the best and certainly one of the cleanest at least in the area. And for the complex the visit of the President, in General, had little impact. But the officials — more than. 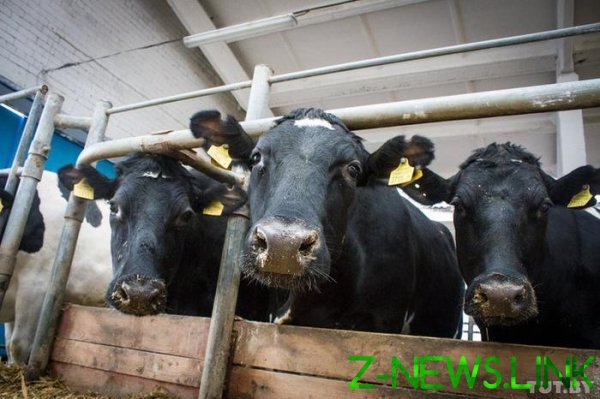 “Not putting on a show”

“We’re just not putting on a show, and to work and work well. Only on TV somehow showed only the negative”, — the indignant workers are TUT.BY the way of the delegation headed by Alexander Lukashenko.

In General, the arrival of the President to the farm in Sligo was scheduled workers warned 2 days before the visit. Those, they say, is not particularly prepared — except that the borders touch up a little earlier than I usually do after winter.

— Well, you came without warning, so unless we have a mess here? Now that you have seen, drove the tractor, hay, a little spilled on the road. Out goes another tractor to sweep, shows the head of Andrey. We have a normal operation.

However, according to the plan the President had come only in the first of six barns. Go to him. Structure, as the complex is only 2 years old. Cows of black-motley dairy breed were imported to “Lick up” heifers — first of more than 800 heads. They rastel, and now the MTK contains 1450 heads. Of them dairy cattle — 570 heads that give a day about 10 tons of milk. Calves are two dispensaries — buildings that are just protecting them from the wind.

— Look, unless it’s the cows dirty? — shows cows in the first shed Andrey.

This is the main dairy herd. Of cows actively chewing food, which is fast sweeping them closer to the farm worker. Part chews the cud, lying down on the sandy flooring. And Yes, cows are clean except for the occasional spots on the legs. Even the white Squirrels own black spots more than dirt.

Such cows in the first barn and saw the President. And it “pulled on”, the following shed — not according to plan. Why — no, according to Andrei Medvedev, clearly did not answer.

The second barn looks the same as the previous one, only cows there are others at the hotel, then got pregnant, and afterwards. And it’s the one the President called “Auschwitz”. However, the name is unlikely to take root among farm workers — very much it was a shame to hear.

See also:  The content of the site of "Eurovision" will cost about 100 thousand UAH

Auschwitz is divided into several parts. One cow in the property, and at different stages: calf, nurtured for 9 months. In other prenatal — cows that will calve today or tomorrow, and this part of the barn is cleaned, as expected by the method. In the third, perturbing the President, are the cows after calving.

— Here, on the plate is written, “1 section, cow 0-30 days of lactation”, that is, they calved a month ago. And all the plaque was read, but the cows are for some reason called sick — throws up his hands Andrey. Yeah, sick among them too there are — and treat them. But the others are healthy! 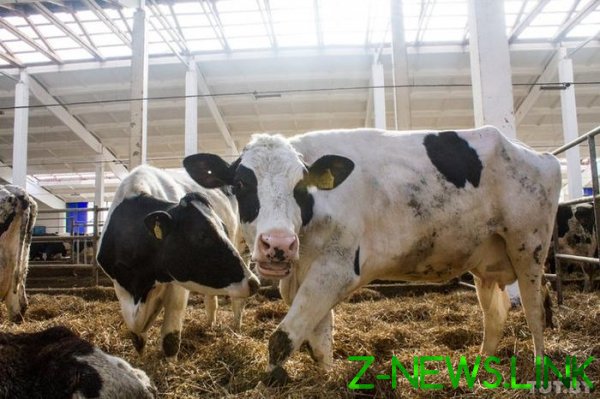 Explains the calving, or birthing, if you will, in cows occur in different ways- just like humans. In one case, the calf is born easily, and the cow after calving feels great. In the other cows have to help, she’s got gaps occur that have to be stitched, the animal may get any complications and definitely will not be different vigor to the recovery. This is a price for domestication and use in industrial purposes.

Besides, after calving, cows lose weight, they have clearly speaks of the pelvic bone.

— It is not Auschwitz. So nature intended — explain the farm workers.

Condition of cows in the section after calving caused the anger of the President March 26:

— No, the cow is barely alive, you can see how it moves. This is Auschwitz! If they are sick, there should be clean and dry. They’re shitting on each other, are one on one. There must be people and constantly cleaned. Look at this beast! It is all crap, of wool sukarela all sharply commented on it.

Response of the farm workers is: Yes, it happens. This is not a Chihuahua in a basin to wash or Labrador in the bathroom. This 500-pound carcass, which is actually a treatment and not needed at all. 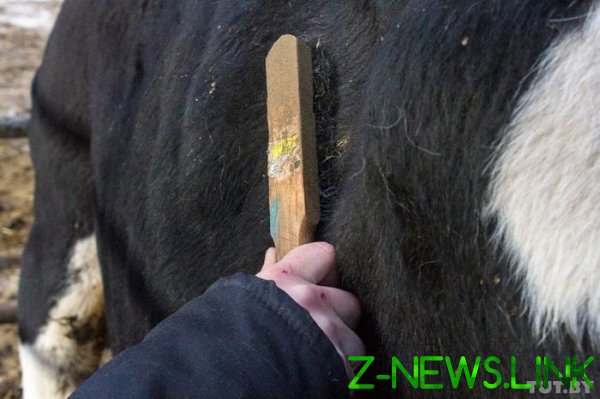 First Deputy head of the Department of agriculture and food of the Shklov district Executive Committee Irina Lazarenko says the same as the workers on the farm. They say that after birth, the animal weakened, and if the delivery was not very good. Because Yes, crap where necessary. And then — Yes, maybe this sucker to bed. Cow — basically the animal is lazy and certainly not accustomed to going in the tray. And some of them are simply “dirt”, which in principle can ignore the clean litter.

See also:  Sabotage of the government - not the cause of the crisis in Russia

— If the animal was mypackages, all of it wiped itself on the straw, summer is washed away in the rain. No one ever cows in the farms have not done, — says an employee of the farm, swiping at the sides, and cows by scraping and wire brushing. Cows driven three on routine examination of animal science. That work is no less dirty, because man — in long rubber gloves for the whole hand. — Yes, this is unclear, but cows that’s clean at least. You will not have her hose to water and shampoo to lather. The cow is not painful, even pleasant, especially since they are now moulting.

— I his wife do not pay much attention how much these cows was her colleague, and all three laugh, while continuing to work.

However, there is a caveat. Straw this year in the farms is not something that the region as a whole of the region — affected by last year’s drought. Because straw less cattle trail — to have enough until summer. And clean all the time and according to schedule, with the first at 5 am, the second at 15.00. The delegation with the President came exactly in the middle of this interval.

“The straw must be dry, then the cows will like dolls.” The specialists of “cows from Auschwitz” 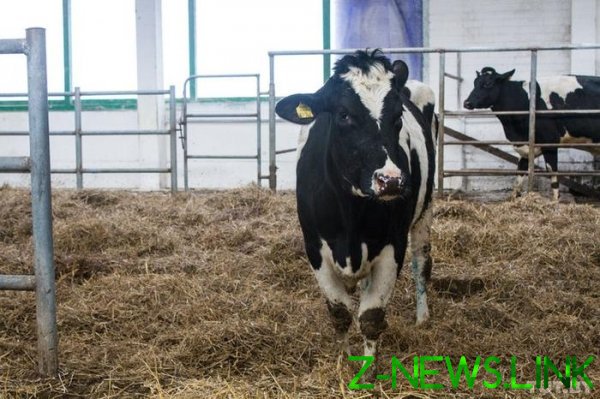 And what about broken ventilation in the milking compartment, which also received officials from the President?

— And we have a. Here, works show women including all tumblers in front of the door to the milking parlor. — And yesterday, just the wrong button pressed — pressed to “stop”, so where you the fans will start.

Say if I called them, they would have told and shown how everything works. Only during the visit of the farm staff asked the eye ranks high not to fall out and to not stick out.

— What do we have after the visit has changed? Nothing, in General, — says the head of the MTC, and apologizes that he needs to run an errand. Workers, of course, it’s a shame, because they do work on one person at the barn. And here for one cow us all into the dirt dropped… Ah, work. 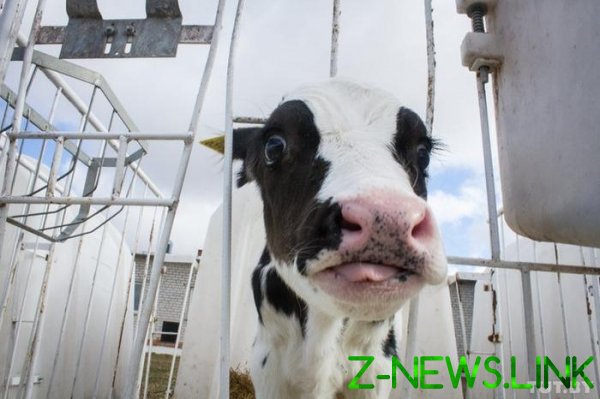 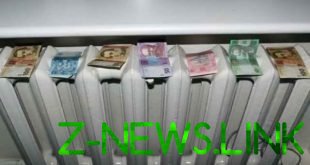