Home / WORLD / The Cold War might be over, but the world is now facing something far worse – with capitalism joining communism in abject failure

The Cold War might be over, but the world is now facing something far worse – with capitalism joining communism in abject failure 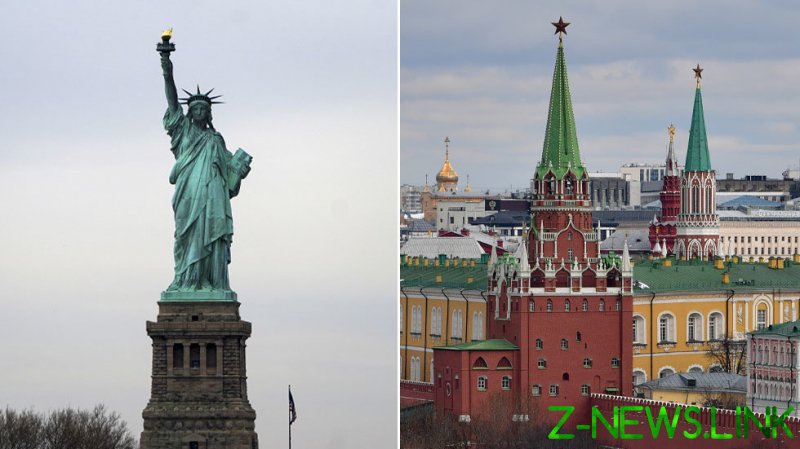 Aside from despair, that situation bred creativity as well. Ruthless irony produced much dark humor and some good films, such as ‘Dr. Strangelove’. Dystopian fantasy looked forward to a world that would be a wasteland, but featured excitingly souped-up cars and statuesque rock stars in revealing chainmail suits, such as in the original ‘Mad Max’ franchise. More serious reactions to the threat of superpower-inflicted Armageddon included an international peace movement, earnest novels such as ‘On the Beach’, and plenty of talking points for academics and commentators.

In retrospect, one of the most interesting ideas about alternatives to committing species suicide over ideologies and values – socialism versus capitalism, liberal democracy, freedom and equality – was Convergence Theory. The doctrine drew in some of the smartest minds in the West and East, including the fiercely intelligent Soviet nuclear physicist and atomic bomb builder, turned uncompromising human rights dissident, Andrey Sakharov.

In essence, Convergence Theory is simple. As societies develop economically, it claims, they become generally more similar. This may seem simplistic, like the sort of stuff men with pipes, elbow patches, and horn-rimmed glasses came up with in the 1960s. But in the context of the Cold War, it seemed to offer some hope.

While Cold Warriors were unhealthily obsessed with the differences to kill and be killed for, convergence theorists noted that in many ways East and West, communism and capitalism were not so different after all. Both camps featured urban societies with fossil-fuel-based industries and much bureaucracy, even if the nature of that bureaucracy depended on which side of the Iron Curtain you were on. Both camps claimed to have inherited Enlightenment values, although they could not agree on what that meant. The two sides loved industry, technology, and expertise. And crucially, both Moscow and Washington believed wholeheartedly in progress.

Ultimately, the convergence theorists of the Cold War surmised, the two hostile systems would evolve enough to not only be more similar but, but to be more compatible too, recognizing what they have in common and seeking to solve the remaining differences amicably.

Before this hypothesis could be proven, the Soviet Union first retreated from the Cold War and shortly afterwards abolished itself. Ironically, some of the ideas which fed into the policies of Soviet reform that unintentionally triggered collapse instead, came from Convergence Theory.

Yet, it seemed, things had not converged – not at all. On the contrary, they had diverged as far as possibly imaginable: the Cold War West was alive and kicking, the Cold War East was dead and begging. And as so often, no one was paying much attention to China beyond condemning it. History, in all its Hegelian majesty, so it seemed to hasty minds, had spoken, and the West’s version of capitalism was not only triumphant but the only way forward into the future, for everyone.

Fast forward to the present: a third of a century later, it is easy to see that a world temporarily under Western management has not been a success. Democracy is on the backfoot in its own putative heartlands, threatened by rampant economic inequality, state ineffectiveness, the resulting disillusionment of the many, and the myopia of oligarchies enriched and empowered as never before. In the US, the driving force in national populism, while Tory-led England is becoming the self-destructive core of a United Kingdom that may fracture. Merkel’s now-united Germany is reckoning with a stability that comes at the cost of immobility.

Meanwhile, global international relations – despite all the talk to the contrary – don’t not suffer so much from the breaking of rules as from their total absence. Rules only really exist when they are followed most of the time and apply to everyone equally. We do not yet live in that kind of world, not remotely. Instead – to our detriment – we live in a world with one reliable rule only: rules are made for geopolitical opponents, while friends can do pretty much what they want.

If you think that this sounds “relativistic” or “cynical,” the blame can only lie with those in power. And if you think that it is an exaggeration, imagine, just for a moment, what the system of international politics looks like from the perspective of a Palestinian. That should do for any remaining illusions and pieties.

Last but certainly not least, we live in a world that may be dying – or to be precise, committing a drawn-out suicide. Warned since before the Cold War ended that our fossil-fuel civilization was going to destroy our biosphere through global warming, we have collectively chosen to keep heating and do without the biosphere. In another irony, while in the 1980s we feared the climate effects of World War III – a frozen nuclear winter – we have now proven that our species can “weaponize” the weather against itself in peacetime.

Of course, this need not spell the end for literally all of us; presumably, the powerful and wealthy of the species will find ways to make it through extreme weather, droughts, climate-driven wars and displacements, and the authoritarian politics that come with self-made emergencies.

The first post-Cold War order, largely in the hands of a temporarily elevated, but complacent and introspective, West has failed. That does not mean that anyone has a better alternative ready. But it does mean that the current Western approach to the world, still influential and firmly rooted in the perceived victory of the Cold War, is not sustainable.

It was always a mistake to misunderstand the collapse of Soviet communism as proof of the viability of the West’s capitalism. Looking back from where we are now it almost looks as if, with a slight, historically insignificant delay, Cold War East and Cold War West are, after all, converging together. If only in failure.