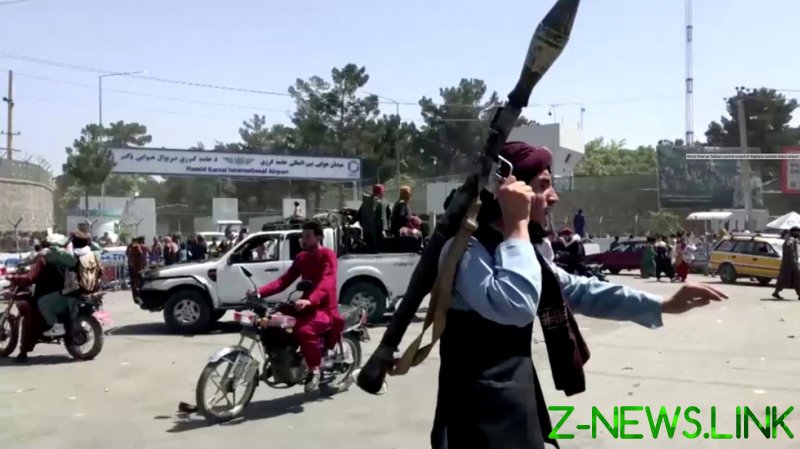 “Genuinely revealing that the only thing that could make the corporate media turn on Biden was his decision (in agreement with Trump) to end a preposterously long and worthless war,” journalist Glenn Greenwald tweeted on Friday, after being one of many spending the week calling out the mainstream media for its rather bizarre – but sadly not surprising – coverage of the situation in Afghanistan.

Since Joe Biden took office, he’s enjoyed a rather cushy relationship with the media. It helps that his predecessor lived in their minds rent free, and Biden’s had the distraction of the Covid-19 pandemic and the tiring obsession with January 6 to keep criticism of him almost exclusively to conservative crowds.

Biden’s exit from Afghanistan, however, has given him a rather bad week all round.

“This is the same dynamic that explains how the only time they praised Trump was when he bombed Syria. One of the few times they got enraged with Obama was when he refused to overthrow Assad. Nobody loves war and imperialism more than employees of media corporations,” Greenwald said in a follow-up tweet to his message on Biden.

He’s not wrong. Celebrating displays of militaristic ‘strength’ and a general support of policing the world has become something common among both left and right corporate media. As Greenwald points out, bombing Syria was one of the few times Trump turned many of his media enemies into flag wavers for a moment because it was the exact sort of thing his own predecessor would have done. Speaking of Obama, he ran on a message of peace and ending the wars in Afghanistan and Iraq, only to find himself not only continuing those military efforts, but increasing drone strikes, not closing Guantanamo Bay as promised and intervening in Syria.

Into his second term, Obama was sounding like George W. Bush 2.0 with jingoistic tirades against America’s enemies.

Liberals and conservatives could argue until they’re blue in the face today over Trump versus Obama, broken promises, who said what, who supported what, etc. Tribalism and loyalty to one’s ‘team’ has become so essential to so many today, it’s likely you’d find few who agree, even on objective facts.

Yet we see it all playing out once again before our very eyes as Biden rushes through a withdrawal from Afghanistan that has thus far been nothing short of a complete and utter disaster.

Even typically reliable CNN has been facing heavy backlash for appearing to give numerous pro-war arguments in their coverage of the withdrawal, giving platforms to well known war-hawks such as John Bolton who not only argued the evacuations are a failure, but also that we should not be leaving at all and continuing an effort that has gone on two decades and costs thousands of lives.

In a bizarre piece this week that kicked off a wave of anti-war reactions, a CNN journalist took a more casual approach to warhawking and whined about the fact that there could be $1 trillion worth of valuable minerals – such as lithium – in Afghanistan and these resources are ones that the “world desperately needs” if we are to move to more energy friendly options such as electric cars.

While the piece didn’t feature one of Bolton’s mustache-twirling ‘invade everywhere’ gleeful rants, it was essentially someone casually mentioning that perhaps the military might could be needed there again to take a bunch of resources that technically don’t belong to us…but hey, we need ‘em. Sounds a tad familiar…

Getting voices heard on mainstream platforms that are actually for leaving Afghanistan may be easier today than it was when Ron Paul couldn’t get the time of day from most, despite a massive following and decades of political and military experience behind him, but it is still an uphill battle, especially at this current moment, which is somewhat frightening.

Reporters Judd Legum, Tesnim Zekeria, and Rebecca Crosby detailed some of this current bias against anti-war talking heads in a Popular Information report detailing a “veteran communications professional” who said it has been “next to impossible” to book guests who are supportive of actually leaving behind the war efforts in the Middle East.

“Not only can I not get people booked on shows, but I can’t even get TV bookers who frequently book my guests to give me a call back,” he said. “I’ve fed sources to reporters, who end up not quoting the sources, but do quote multiple voices who are critical of the president and/or put the withdrawal in a negative light.”

There could be a number of reasons for the largely negative coverage, the most important being that Biden completely fumbled on his execution of the withdrawal. While evacuations are still ongoing, there are simply things that cannot be ignored, like US officials’ complete lack of awareness of even how many people they intend to get out of the country. Another reason is negative news sells better, and yet another should be obvious: these are employees of major media corporations part of conglomerate spiderwebs of profitability. War is money in the eyes of those sitting in ivory towers, so having a Ron Paul (or even Rand) make intelligent arguments for prioritizing using the military as a method of national defense rather than international offense just isn’t quite sexy enough.

It’s why Bolton is making his way through the liberal cable news corner, and Bush era warhawks like Condoleeza Rice are similarly using left-wing papers like The Washington Post to argue against leaving Afghanistan entirely.

The consequence of this imbalance in voices is the Rices and Boltons of the world are being given every opportunity to paint the chaos currently happening as a reason for continued war to keep some semblance of ‘stability’.

It’s also a dangerous time for these voices to be listened to above others. After all, they have used the relentless nature of the media to talk people into unjustified wars before, and judging by what they’re saying now, they would have no problem trying to do it again.