Home / policy / The chamber: to Take shelter in the mortgage can only 30% of citizens

The chamber: to Take shelter in the mortgage can only 30% of citizens

To buy housing in the mortgage can only 30% of Russian families. About it as the correspondent “of Rosbalt”, told to “pravchasa” in the state Duma, the auditor of the accounts chamber Svetlana Orlova.

“The opportunity to acquire a home mortgage is only 30% of citizens”, — said Orlov. According to her, Russian families are reluctant to use such a tool to solve the housing problem for extremely low income and high debt load.

Meanwhile, the slowdown in economic growth in the country and the fall of incomes can create risks for the implementation of the national project for housing in General, noted Orlov.

She said that in 2019, in Russia there is a tendency of slowdown in the provision of mortgage loans. “One of the indicators of the national project it is envisaged that in the current year, 1.6 million citizens have to buy housing on the mortgage, the rate on the loan should not exceed 8.9% and now it is about 10%,” — said Orlov.

According to her, the result of eight months of 2019 were issued 788 thousand mortgage loans, but to reach the planned figures, up to the end of the year, you must issue another 193 thousand. “That is, monthly — two times more than is given now,” said Orlov. 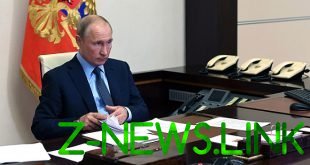