Home / policy / The CEC made paper protocols from all the districts

The CEC made paper protocols from all the districts 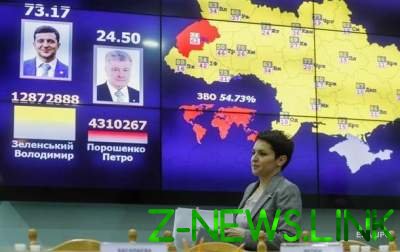 After 12:30 expected announcement of results of elections in the overseas constituency.

The Central electoral Commission on Friday, April 26, accepted protocols with “wet stamps” from all 199 of district election commissions and foreign polling district.

It is reported that in the meeting, the CEC announced a break, but before that took all the protocols with “wet seals”, including specified in the Zaporozhye district Commission, which was sent to fix the differences.

It is expected that in the near future, the CEC will make the Protocol on results of voting abroad. The meeting will continue at 12:30. At the same time the expected announcement of results of elections in the overseas constituency.

As reported, on the eve of Vladimir Zelensky has accused the Central election Commission delays the announcement of results of elections, to deprive him of the possibility to dissolve the Parliament.

The CEC responded that the accusations are groundless and unprecedented work in fast mode.