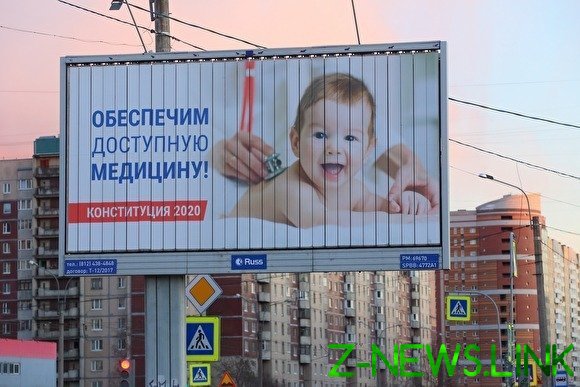 The law on the referendum on the Constitution does not provide for campaigning for or against the amendments, the thematic billboards and TV commercials is not propaganda, but “informing” citizens. The Secretary of the CEC, Maya Grishina told RBC.

According to her, informing of a vote involved the media and the electoral Commission.

Grishin explained that the materials on billboards and on television commercials considered informational, and not propaganda. “CEC presented its information practices and will continue to inform the participants of the vote,” she added. The CEC Secretary also said that so far haven’t seen the petition.