Home / policy / The CEC announced how to call Zelensky

The CEC announced how to call Zelensky 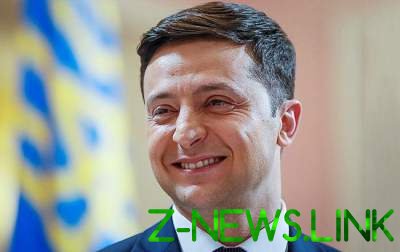 Officially the post Zelensky will become effective after inauguration.

Currently Vladimir Zelensky has the status “newly elected President of Ukraine” and the official on assuming happens after the inauguration in the Verkhovna Rada.

This was stated by the head of the Central election Commission of Ukraine Tatyana Slipachuk at the briefing.

“Zelensky we now call “President-elect”, in accordance with article 87 of the law On elections of the President of Ukraine. Is an analogue of the internationally accepted English “president-elect” that exists before gaining the President authority. He (Zelensky – ed) – Ukraine’s President-elect, who takes office after taking the oath at the solemn session of the Verkhovna Rada”, – she said.

The corresponding meeting of Parliament should take place in 30 days after official announcement of results of presidential elections in the Newspapers Voice of Ukraine and governmental courier.

Tuesday, 30 April, the CEC announced the official results of the second round of presidential elections in Ukraine. Vladimir Zelensky scored 73,22% of the vote and elected President of Ukraine.

Recall 73,22% (13.5 million) of the electorate voted in the second round of presidential elections on 21 April Zelensky, and 24,45% (4.5 million) for the incumbent head of state Petro Poroshenko, according to CEC electronic system of preliminary data from all areas.