Home / economy / The causes of the sharp price increase of pork

The causes of the sharp price increase of pork

The rising cost of meat is due to two factors

Over the last few weeks the pork market in Ukraine is characterized by rapid growth in commodity prices.

Traditionally, such growth of prices is observed before the Easter holidays, but this year and in June pork continues to rise. Thus, only in the last month in the wholesale markets of the country prices at the most popular types of pork meat increased by 15-20%.

This pricing policy on the pork market due to two factors. Firstly, meat prices traditionally grow in the summer under the pressure of increased demand in the holiday season. And secondly, at least two years in a row in Ukraine reduced the number of pigs, one of the reasons why is the spread of ASF.

The increase in imports of pork, at the moment, is also a problematic issue because of the high prices on the world market. Thus, the official statistics shows that for five months of current year the volume of pork imports to Ukraine has decreased by almost 50%. 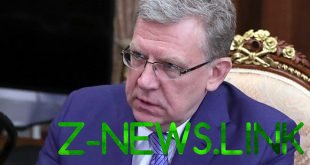