Home / WORLD / The Casablanca exit plan: If you’ve got a brain and a wallet, there are some easy loopholes to avoid the UK’s Covid lockdown

The Casablanca exit plan: If you’ve got a brain and a wallet, there are some easy loopholes to avoid the UK’s Covid lockdown 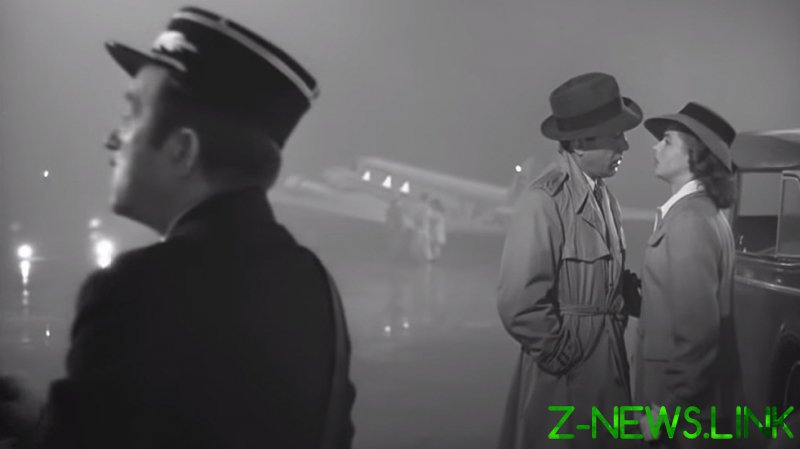 While Britain’s Tory government wobbles under the weight of its own incompetence, one of the oddest features of its half-baked response to the Covid crisis has been the gaping loopholes it’s handed to citizens who have the wit, guile and means to ‘get out of Dodge’.

Like the organiser of a children’s treasure hunt, prime minstrel Boris Johnson leads each new public announcement by leaving handy clues on how to not just avoid the UK’s party-pooping lockdown measures but slip out of Britain altogether for those who find SARS-CoV-2 a bit of a bore.

Take the latest National lockdown: Stay at Home advice: “You can only travel internationally – or within the UK – where you first have a legally permitted reason to leave home. In addition, you should consider the public health advice in the country you are visiting.” But what does “legally permitted” really mean? Reading between the lines, the Tories are giving away a free pass to anyone who fancies bending the rules – and has the resources and wherewithal to get away with it.

For instance, who doesn’t have some sort of contractual obligation or family problem somewhere in the world that stands up on its own merits, or could be, let’s say, fashioned into an escape plan?  The government’s “reasonable excuse” that “you may leave home to fulfil legal obligations or to carry out activities related to buying, selling, letting or renting a residential property” sounds pretty vague to me.

But if “legal obligations” sounds too fudgy, and you happen to be a professional, self-employed, a sole trader, an entrepreneur or even just fancy a change of scenery then the “work” or even “volunteering” clauses should cover it. As a journalist who’s contractually obligated by a publisher to write a book (I am) which potentially involves foreign travel (it does), I’d say if I hadn’t already buggered off I’d be free to leave the country – along with around half of the population.

What’s really telling about the Tories’ phony travel ban is the bourgeois nature of it. If you invite some friends and family over to your modest flat to celebrate your daughter’s 21st birthday (something an old friend did recently) you could wind up facing a £10,000 fine. But jump in an Uber, head to the “free zone” of an airport and jet off to your gite in Provence and the worst that can happen is a £200 slap on the wrist. But who’s going to stop you, anyway? Where are the roadblocks, police checks or armed guards?

Having a “contract” you can wave in some petty official’s face is now the ultimate McGuffin. It’s literally a “letter of transit” akin to the mythical exit visas so valued in Michael Curtiz’s 1942 Hollywood wartime classic, ‘Casablanca’.

After escaping a Britain occupied by Covid recently, and finally making it to the “free world” of the Caribbean, I feel like the star of my very own ‘Casablanca’ while those I’ve left behind are bit part players in a weird political psychodrama. For despite Thatcher’s famous line that there’s “no such thing as society” and Brexiteers’ claim that they’ve “taken back control,” millions of Tory-loving Brits have become incapable of that most reactionary of traits: self-preservation.

I have friends who have been floored by Covid, and lost relatives to it. Even as I write, a dear friend’s father is fighting for his life in ICU. Crucially, as a member of the so-called “BAME” community – and specifically a male of African descent – I’m nearly three times more likely to die of Covid than a white male counterpart. Whatever the origins of the virus, or the mouth-foaming conspiracy theories of certain social commentators, the virus’s deadly effects, right here, right now, seem pretty real to me. As I like breathing, by the end of November 2020 it was time to get out – while I still could.

This may sound rich, but for me, leaving a country suffocated by a bumbling leadership wasn’t just a matter of survival – it was also an act of patriotism. Why bother hanging around when you not only have the means and opportunity to get out, but you can also help to free up vital resources via your absence? As a ‘digital nomad’, my tax pounds still go into Her Majesty’s coffers, so Britain gets all the benefits of me working remotely in the Caribbean and none of the burden on its infrastructure.

At the heart of Casablanca’s narrative is the complex relationship between Humphrey Bogart’s cynical Rick Blaine, Ingrid Bergman’s ice cool Ilsa Lund and Czech Resistance leader, Victor Laszlo, played impeccably by Paul Henreid. In their own ways, each character is involved in an inner conflict about “doing the right thing” and thus by extension, the Venn diagram of the effect that their individual decisions have on each other and the wider world. In other words, the entire plot of Casablanca twists and turns, moment by moment, scene by scene, and act by act on a series of good versus bad or right versus wrong decisions.

As a metaphor for Britain’s Covid age, Casablanca surpasses any of the slop that filmic or televisual dramas serve up these days. Boris Johnson’s Churchillian vaudeville act is in keeping with a creative landscape in the West that offers scant inspiration let alone introspection concerning the challenge of our age. If ‘Black Mirror’ or ‘Tenet’ is as good as it gets, then God help us. In the absence of effective political leadership and a litany of local, regional and central government public health scandals, where are the examinations of the state and its agencies? Compared with 1970s Hollywood, where paranoiac noir such as ‘Chinatown’, ‘Capricorn One’ and even the ‘Dirty Harry’ franchise asked serious questions about good governance, corruption and freedom of expression, what we get are scraps thrown at a credulous public by a Tory regime that doesn’t know its carrot from its stick.

While there’s nothing illegal about applying the government’s travel rules and regulations with the maximum amount of minimal observance, voices from on high – and I mean HIGH – have started to question the ethics, morality and even spiritual meaning of leaving one’s country folk behind to die a slow, painful death while you sip mango daiquiris and work on your tan on some idyllic Caribbean beach.

Pope Francis has berated callous tourists who have chosen to “escape the lockdown,” and ignore the suffering of their fellow citizens. In his weekly Sunday address, the Pontiff said: “I read in the papers something that quite saddened me: In a country – I don’t remember which – to escape the lockdown and have a good vacation more than 40 planes took off that afternoon.”

I have no idea which country the papal one was referring to, but I’d bet the house on it being the UK.

The Pope added: “Those people are good people, but didn’t they think of those who stayed at home, to the economic problems of many people who have been knocked down by the pandemic, to those who are ill?” before delivering an excoriating, if somewhat self-evident payoff, that these tourists’ desire was, “only to go on vacation, to have fun.”

Far be it for me to argue with God’s representative on Earth, especially as part of me feels (and fears) deeply for friends and family who are trapped by work commitments and bound up in children’s schooling, relationships or concerned about elderly or frail parents. My mother and father are long gone, so other than my eldest daughter, who’s in her early 20s and carving out her own stellar MSM career (now from the comfort of her bedroom), I have barely any family left in the UK.

A younger, feistier, more easily distracted me would probably have found exchanging the dynamism of London – a megacity of nine million – for somewhere with barely 300,000 people a little challenging. But faced with the UK’s 82,624+ and rising Covid deaths versus Barbados’s seven fatalities, and the physical, mental and economic fallout of staying in an increasingly tense London against riding out the storm in a tropical idyll where I can literally live the dream of writing on the beach, well…

I don’t know where Covid-19 came from. And quite frankly, right now I don’t give a damn. Rather than indulge in meaningless conspiracy theories my concern is for the immediate and mid-term medical and economic effects – both which I have some agency over. So you can stick around and think you’re being a hero by standing up to Covid and laughing in its face. You can listen to the Hitchens and the Hopkins and all the other nativists who are quadrupling down on their conspiracy theories and agenda-laden rhetoric while the virological Nazis pummel the gates of Paris, a la Casablanca. Or you can use your brain and your wallet and get out while you can. You never know, if you act quickly enough there might even be something worth going back to.