Home / Incident / The carnage with the cops near Kiev: fresh details

The carnage with the cops near Kiev: fresh details 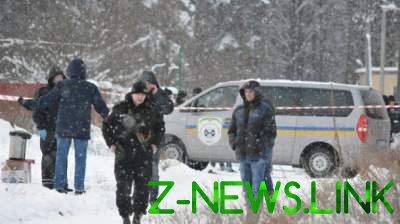 The Pechersky court of Kiev appointed to the suspect in the case of the tragedy in Prince Andrew curti a measure of restraint in the form of a round-the-clock house arrest.

The court has appointed to it house arrest in the hostel of Kiev.

Kurt also ordered to wear an electronic bracelet, to hand over documents to travel abroad and perform procedural obligations. The term of a measure of restraint – 2 months.

GPU required to take Kurt into custody without an alternative in the form of collateral. According to investigators, an employee of Korda Kurt has made at least three shots at a car in which there were employees of GSO and the police scouts.

Bullets from weapons Kurty were not lethal and did not cause harm to human health. He is charged with attempted premeditated murder and abuse of power. He argues that made a few signal shots up.

In the night from 3 to 4 December 2016 December in knyazhichi village, Brovary district, Kyiv region in a shootout between officers of the state guard and the police killed 5 police officers.