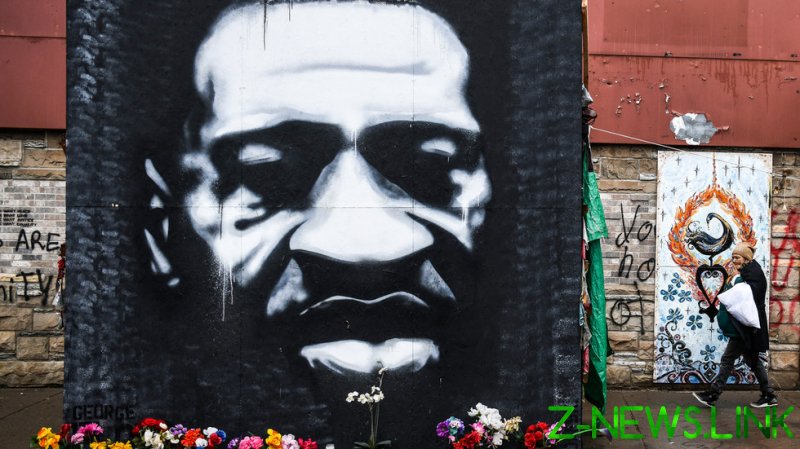 Derek Chauvin, the former police officer who was found guilty of murdering George Floyd, may very well be the year’s most hated man. Regardless of how one personally views his guilt or innocence, considering the viral video that depicted him kneeling on a pleading Floyd’s neck – the only evidence pertaining to the case that most people are familiar with – Chauvin’s vilification is at the very least understandable.

What’s less clear, however, is why George Floyd has simultaneously received near transcendent veneration from Black Lives Matter activists. And as we have seen, this canonization of police shooting victims now means that even cases where officers are justified in using lethal force are regarded as senseless attacks against morally upright citizens, targeted solely for their skin color.

Any loss of human life is a tragic one. But watching the narrative around George Floyd develop over the past year, it’s apparent that Black Lives Matter activists have elevated his life (and death) to a status usually reserved for religious figures.

George Floyd was far from perfect. He had a substantial criminal history that included aggravated robbery with a deadly weapon, assault, theft, trespassing, and drug-related charges. On the day of his death, he was also under the influence of potentially deadly narcotics, and he’d had the police called on him for attempting to use a counterfeit $20 bill.

While none of this information implies that Floyd’s life was forfeit, it does paint the picture of a troubled individual whose actions consistently put him and others in jeopardizing confrontations. Black Lives Matter, however, rarely if ever mentions Floyd’s complicated past. Its activists have instead depicted Floyd as a caring humanitarian, whose only crime that fateful day was having the wrong skin color around a racially biased cop.

In fact, the admiration of Floyd is such that in Minneapolis, the location of his death has now been dubbed ‘George Floyd Square’ by grieving supporters, many of whom refer to the space as “sacred.” The area is littered with memorials and gifts, akin to a shrine. Furthermore, similar to pilgrimage sites, signs advise visitors to “Enter with reverence, humility, and openness, as an invited guest.” Even Nancy Pelosi thanked George Floyd for “sacrificing [his] life for justice” – rhetoric usually reserved in Christianity, of which Pelosi claims to be a part, for the death of Jesus Christ.

And even more questionable than the Floyd case is how this same attitude of exaltation has been applied to recent police fatality Ma’Khia Bryant in Columbus, Ohio. When news of the teen’s death at the hands of a white officer hit social media, footage of her tearful mother describing Bryant as simply a peaceful and hardworking student went viral.

Of course, no one should expect a grieving mother to express anything but adoration toward her now-deceased child, but even mainstream media outlets presented this clearly biased description of Bryant’s character as gospel. This unquestioning deference is testament to how the current skepticism toward law enforcement has curiously translated into a misplaced sense of loyalty toward anyone who comes into conflict with police officers.

In truth, Ma’Khia Bryant was shot as she was about to stab an unarmed person – someone who, moreover, can be seen on camera attempting to walk away from Bryant seconds before the shooting. The officer who shot Bryant made a tough, split-second decision, but far from being a cold-blooded killer, he likely saved the life of the girl Bryant was attempting to stab.

Bryant’s shooting was justified, but that does not mean that police brutality more generally is not an issue worth discussing. By elevating Ma’Khia Bryant into a symbol of unjust policing, however, activists are turning what should be a policy discussion into an issue of tribal, sectarian allegiances, therefore (ironically) distracting from cases where law enforcement officers actually have been shown to use excessive force.

It’s perfectly possible to lament George Floyd’s death and condemn Derek Chauvin’s actions without hailing Floyd as some sort of martyr and pseudo-deity, incapable of transgressions. And likewise, it’s more than feasible to admit that Ma’Khia Bryant was in the wrong without giving up the fight for police accountability altogether.

The debate over community policing and the appropriate use of force is a difficult one, and although officers should indeed be held to account when and if they act improperly, adding this level of religious dogma to an already contentious issue does nothing to further police reform.