In the “Cannibalism” of “nudity” is not at all. It’s depressing, shocking next scene the tape is indicative of the southern European horror film of the time its intentional focus on the destruction of ideas about what a movie can exist at least some taboo. And if “Cannibalism” D’amato didn’t win the informal competition in the naturalistic scenes of violence from Ruggero Deodato (“cannibal Holocaust”) and Umberto Lenzi (“Cannibals”), then confidently stood with them on the same level. And part of atmosfernosti his opus even beat. Most of the film the viewer along with the characters-tourists may not understand what is happening on a pretty island, where there is complete desolation, startled by every sound, movement, shadow, a flash of lightning. And then appears a monster with a disfigured face and mad eyes. The only thing he wants is to choke, to tear the throat teeth that shred the flesh with sharpened steel. Its origin tells of a brief, but thorough. Hot sun, endless sea, rescue boat with the family. Crazed from the heat, hunger and thirst, the father rushes to the little boy. Mother is trying to protect the child and the first to fall under the knife. 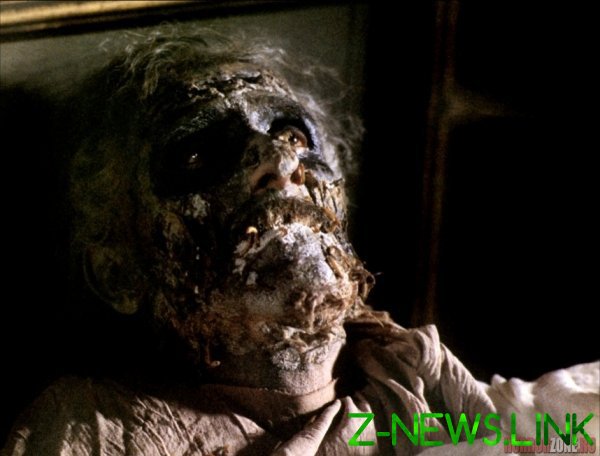 In the “Cannibalism” Joe D’amato cruel to the viewer more than the character-eater to his victims. That, at least, does not think, he is driven by blind animal instinct. This confirms the final tape when cannibalism gets the same fatal blow with a pickaxe in the stomach, holding their own guts and fell, before falling greedily bites into them with his teeth. The Director deliberately makes you wait for something terrible, reinforcing the psychological press music Marcello Giombini, which itself can drive you crazy. And then finishes off the precision strikes of violence beyond common sense. The apotheosis of bloody mayhem becomes a batter swinging a scene in which the Ogre strangling a pregnant woman, tears the fetus from the womb and then devouring it. All this in front of another living husband and father…

Italian horror films of that time were completely serious. Sometimes they are based on nothing pretentiousness caused the opposite effect – no Homeric laughter these pieces of music impossible to watch. “Cannibalism” – the representative of the same generation outright cheap trash. That’s just viewing it does not want to laugh. And after the final caption “the End” there is an overwhelming desire to turn on the lights in all the rooms and check whether the firmly locked door. 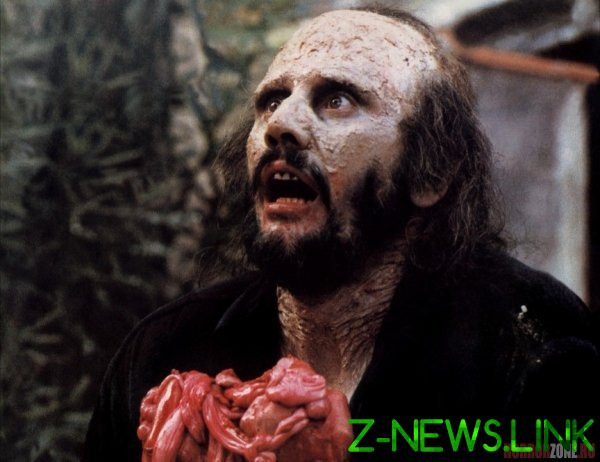