Home / policy / The Cabinet has dismissed the Chairperson of Gosgeokadastr

The Cabinet has dismissed the Chairperson of Gosgeokadastr 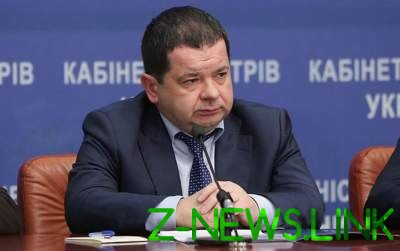 The decision was taken at a meeting of the government.

The Cabinet has fired acting head of the State service on geodesy, cartography and cadastre Oleg Svaha.

About it to journalists has informed the Vice-Prime Minister Pavlo Rozenko.

The decision was taken at a government meeting.

Earlier in the meeting Prime Minister Vladimir Groisman reported that are also planned on behalf of the Ministry of agrarian policy and food of Ukraine to suspend all heads of regional managements and form a massive team to verify their activities.

Recall that on the eve the Prime Minister Vladimir Groysman has been suspended from duty Svaha after treatment of the head of the Vasylkiv district state administration of Dnipropetrovsk oblast Sergey Litvinov with a request to remove the “looking” Gosgeokadastra in the regions.

In July 2016 the Cabinet of Ministers has appointed the chief of head Department of the State service for geodesy, cartography and cadastre in Kiev Svaha acting Chairman of the state service of geodesy.