The Cabinet called for a resumption of trade with Donbas 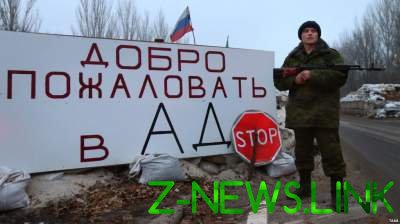 Ukraine needs to resume trade with the occupied territories of Donbass.

This was stated by the Deputy Minister for the occupied territories and internally displaced persons Georgy Tuka on air of TV channel NewsOne.

Minato, the representative noted that the process of trading with ORDO will not resume until the decree of Peter Poroshenko on banning it.

“I would have stood up for the fact that it (trade. – Ed.) resumed, but it is ruled out until the decree of the President, which is based on the decision of the Council of national security and defense of Ukraine”, – he said.

We will remind, earlier the Verkhovna Rada was registered the draft law No. 7047-1 “the termination of the economic and transport blockade of the territory of Ukraine, where the bodies of state power of Ukraine temporarily exercise their powers”. The bill was submitted by MP Natalia Veselova who was expelled from the faction “Samopomich” due to disagreements with the party’s position.