Samsung announced a new version of its flagship smartphone Galaxy Note 8 and Galaxy S8, which are generally not different from the original modifications in appearance or hardware. This is a special version of gadgets for the business environment, and they are aimed at employees and even customers of large enterprises in a variety of areas, so the differences should be sought in the software and additional buns, inaccessible to mere mortals. 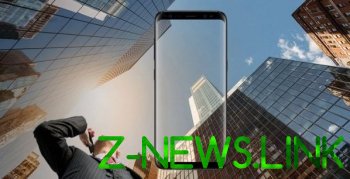 The corporate version of Galaxy Note 8 and Galaxy S8 Samsung are supplied with a warranty for three years instead of one year to mainstream versions. At the moment the devices are already available for purchase in Germany, until the end of this month they arrive in all European countries, but to buy them in the usual distribution network is that it can fail.

About the cost of mobile phones also have no reports, but it is already included not only the extended warranty, but also a license for the same three years for the cloud service, the Knox Configure. Need it for remote management of a large number of devices is a kind of computer network, only the top segment of smartphones, which are controlled by the Almighty system administrator. In addition, the corporate version of Galaxy Note 8 and Galaxy S8 is equipped with a special firmware, which promised a very regular security updates.