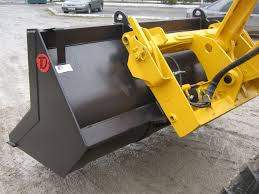 The man has not paid for the job.

In the UK the furious Builder was destroyed he built the house. The total damage amounted to about 2.5 million pounds.

The incident occurred in the city of Buntingford, Hertfordshire. 30-year-old Daniel Nego (Daniel Neagu) drove to new buildings two of the excavator, and then destroyed five buildings with their buckets. Witnesses claim that he was laughing and taking photos. Local residents tried to stop him. He, in turn, assured them that only destroys those houses, the construction of which he was not paid.

See also:  Near Chernovtsy body found with a bullet through his head

Called the police 61-year-old Elaine Francois (Elaine Francois) said that the incident reminded her of “a bomb explosion or an earthquake.” Nigo arrested on the spot, he looked absolutely calm and did not resist when he was handcuffed.

A man already accused of intentional destruction or damage of property. For this Nigou can be imprisoned for up to 10 years.

See also:  Archaeologists have found evidence of the existence of the tower of Babel