Home / WORLD / The British accidentally found a suitcase with gold

The British accidentally found a suitcase with gold 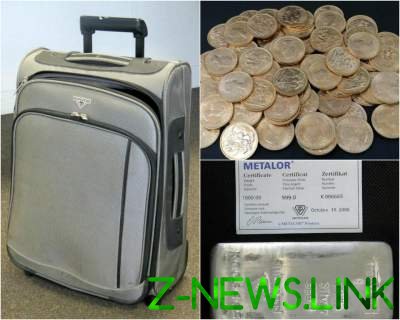 A treasure of a pensioner found in his old home.

English pensioner had inherited from a deceased relative’s house.

She hired an auctioneer to dispose of old furniture. Behind the sofa stood a suitcase, it weighed more than 40 kg. When the auctioneer opened it, he was speechless. The suitcase was completely filled with gold and silver coins, there were 17 silver bullion 1 kilogram.

The woman, who did not want to be named said that a close relative has long invested in gold and silver, but she had no idea how much they cost.

Auctioneers spent a whole day to deal with the treasure, for decades the value of the coins has grown at least four times, they’ve estimated it at £35 000 (around $40,000).

See also:  In Belgium, the pursuit of migrants ended up a terrible accident