The boy from Zaporozhye held at the Embassy of Denmark 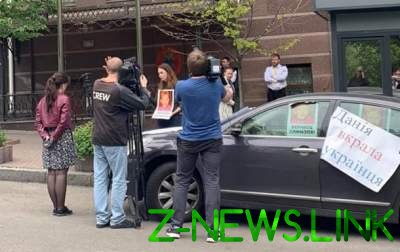 Pavlo Klimkin twice discussed the situation with his Danish counterpart and noted that the case should move forward.

Foreign Minister of Ukraine Pavlo Klimkin intervened in the case on hold at the Embassy of Denmark in Ukraine the boy from Zaporozhye, who was forcibly removed from the city a week ago and which is now kept in the diplomatic missions. About this Klimkin on Thursday, may 9, wrote on his page in Facebook.

According to him, he discussed this matter with the foreign Minister of Denmark Anders Samuelsen.

“For the second time in the last two days spoke to my Danish counterpart Anders Samuelsen about the Ukrainian boy they kidnapped a week ago in Kiev, which contrary to all rules and regulations contained in the Embassy of Denmark in Ukraine”, – said Klimkin.

According to the Minister, it is now crucial that the Danish Embassy “did humanly and allowed the mother to see her two year old son, and also admitted to child doctors”.

“Received assurances that the case should move forward”, – reported on the outcome of the conversation Klimkin.

Mother of Daniel Anastasia claims that her son was in Kiev 2 may have kidnapped her ex-husband, a citizen of Denmark. According to mother, the boy was kidnapped by unidentified men when the boy was walking with his grandmother, and a woman was beaten.

Later it became known that the boy held in the building of the Embassy of Denmark in Kiev.

The mother claims that I broke up with my ex-husband and returned with the child in Ukraine legally, and now opposed the removal of the son abroad.