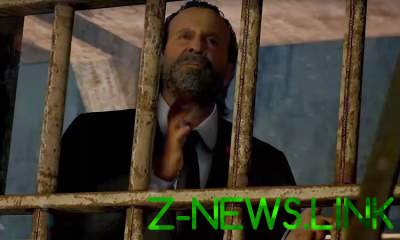 The action takes place on the prison island of Alcatraz in San Francisco.

Mode battle Royal “Eclipse” Call Of Duty: Black Ops 4 today will get a new card. The announcement of the developers from the Studio Treyarch accompanied incendiary video with demonstration of gameplay and locations. I should add that first to rate this location will be the owners of the PlayStation 4, and PC and Xbox One, it will appear in a week.

The map is called Alcatraz and apparently largely borrowed from the campaign about zombies. The living dead are present here, too, although there are a number of changes, including the presence of large open spaces. The main feature is a relatively modest size (compared to the first map), which means a more intense skirmishes at short range. A mass of corridors and rooms bring the gameplay to the traditional shooting in Call of Duty.

The action takes place on the prison island of Alcatraz in San Francisco. The battle will unfold both inside the complex and outside. There are many buildings, towers, cableway, and so on. In the illustrated trailer seen a flamethrower, lots of aggressive zombies and actor Peter Stormare (Peter Stormare).

It is interesting that the mode “Blackout” in Call of Duty: Black Ops 4 will be free for everyone who wants to download it from 2 to 30 April, so those interested will be able to try out a new card.