The battalion commander announced the military operation to return the Crimea 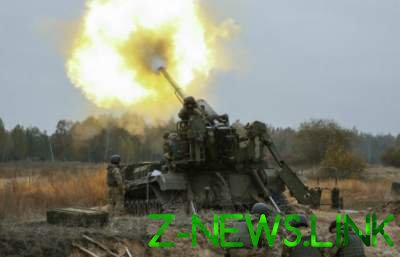 Lytvyn is sure that the Ukrainian military to return the Peninsula to help accurate application of missile armament.

The Ukrainian army will be able to return the Crimea occupied by Russia with missile weapons.

In an interview with “Apostrophe” said the commander of the 5th separate battalion of the UDA Vladislav Litvin (“Black”).

According to the military, the operation for the return of the Peninsula will not be difficult the return of Donetsk and Lugansk.

“Yes, nothing more complicated. No. Well, in military terms – maybe… Although there area more confined. There, on the contrary, can be more efficient to do everything” – said Litvin.

He also refutes the thesis that the occupiers did from the Crimea unassailable and indicates serious problems that the Russians face in the case of a military operation.

See also:  "Super offer from the military" and other jokes on Wednesday

“Well, of course what?.. Again, as the enemy will get there delivery? By sea? Well, super. Or on the Kerch bridge? So it’s all laughter and sin. Let them enjoy themselves,” – said the battalion commander.

Lytvyn is sure that the Ukrainian military to return the Peninsula to help accurate application of missile armament.

“Here we are now, in principle, develop the missile program. And it is only a question of distance and the effective use of weapons. If appropriate missile weapons, the question of race at all costs. Only a matter of accurate use and hit the target. All. So they tried to fill up missile trade,” he explains.

The military said that in the Crimea does not make sense to use infantry units, but to destroy the military base of the enemy you need it to missile weapons.

“If we really want to destroy some military base, the Ukrainian missile armament, new technologies or production some new things theoretically should be enough. Because of the distance allow us to use it effectively,” – said Litvin.

This battalion commander notes that in the case of ground operations will have to exert more effort.

“If it will be the task of some of the ground operation, there will have to wrestle. Because they do means there pressed forward a little. So what? What’s the difference? It is still the Crimea will have to return – whether we like it or not,” he says.