The banking crisis in Russia continues to mow “slim series” 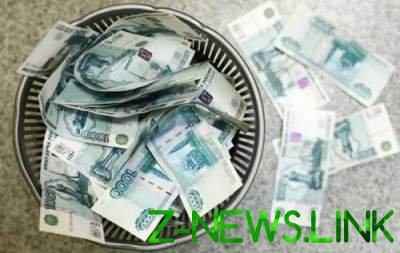 For many Russians, living in the world of crystal castles, was a real surprise that the Bank of Russia announced the introduction of the PSB, which occupies the ninth place in terms of assets and tenth by retail deposits, the interim administration. It’s funny that if it is an unpleasant new year surprise, for me is an expected phenomenon.

The fact that the banking crisis this year already mowed not one Bank, not occupying the last position in the ranking, and within the top. In particular, PSB is a “stash” to 368 billion rubles, which was entrusted to him who believes in the “greatness” citizens “superpower”.

And now the most interesting: starting in 2014, in Russia collapsed more than 300 banks, most of which was really weak players in the market. However, as I said, the list of increasingly problematic across the top companies, the salvation which has already allocated more than 3.2 trillion rubles. In General, however, of the top 10 banks of the Russian Federation, stay afloat, there are only two, this is “Alfa-Bank” and “Moscow credit Bank”.

The pace in 2018 in Russia, apparently, will not remain a single private Bank, but almost all will be directly dependent on the Bank of Russia engaged in direct rule and print trillions to maintain dying patients. What else is there to say – back in the USSR!