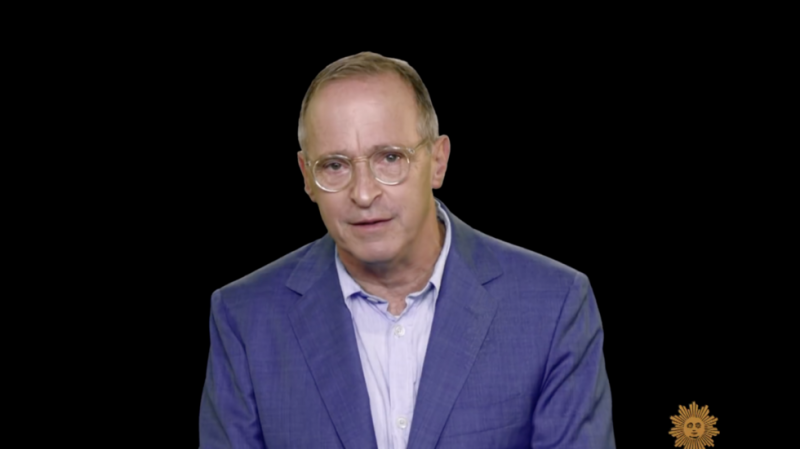 David Sedaris is the latest name to make the Snowflake Kill List.

It follows the writer’s video essay for CBS, where he introduces his concept of a “citizen’s dismissal.” The idea is that there’s too many lazy, clock-watchers in the service industry and they don’t care about customer satisfaction. The teenage dirtbag checking their social media rather than taking your order or the shop assistant who purposely avoids your gaze so as not to have to offer any help, that type. Sedaris is suggesting something similar to a citizen’s arrest but “instead of detaining someone, you get to ﬁre them.”

They do say behind all comedy is an element of truth, but it’s crystal clear – the video is a joke. But those in the cheap seats haven’t taken it well and have pounced in the hope of canceling Sedaris.

They have expressed their outrage, bristling at how a well-paid entertainer has used them as the basis of a joke on national television.

One of the offended, political commentator Mark Cernovich, even conjured up a connection to fascism by tweeting: “Another rich jerk who isn’t satisfied with money and now seeks fascist control over regular people.” Blogger Chris White offered a sob story about how the video could lead to serious consequences, posting “As a person who works in customer service, David Sedaris’ words could have far reaching, negative impacts on many folks like me.” While other do-gooders chipped in with cliches of how during the pandemic “people are working in unimaginable conditions under immeasurable stress.”

It seems one of the symptoms of Covid-19 is a sense-of-humor bypass, as those who live from one pay cheque have apparently missed the irony in their childish tantrum. The pandemic has been primetime to mock the rich and famous for being out of touch. There were a slew of jokes about billionaire David Geffen self-isolating on his $590 million superyacht. Madonna was lampooned for posing in a bathtub of rose petals and calling Covid “the great equaliser.”

One joker posted: “Damn it. My florist (who I demanded to stay open as an ‘essential service’) told me Madonna hoarded all the rose petals. Could the government please get their priorities in order and have some equitable distribution of rose petals!!!”

Woke chat show host Ellen Degeneres was also ridiculed after comparing quarantine to jail, as one objector fired back on Twitter “It must be hell on earth to be stuck in your $15 million mansion. It has, what, like 2 pools only? It must feel like prison.”

These three publicity hounds were all worthy of being skewered and roasted by the medium of humor, for their tone deaf actions. But when that happened, we didn’t see the Hollywood glitterati arise on mass and go after the people cracking the jokes. So why should it be different in reverse?

It shouldn’t, but progressive society encourages an ‘us against them’ mentality to thrive. If you’re seen as being in a low-paid job then everything should be on your terms and if anyone who’s managed to ‘make it’ utters a word of dissatisfaction, they need to be brought crashing back down to the ground. Too many people are being spoon-fed the narrative that minimum wage means you should be afforded the respect of being a “real person,” the kind of salt of the earth type who truly understands what life is all about. Therefore you should be first in line for any government handouts and the politicians better make damn sure your housing is affordable.

The issue is that economic class for many people is a choice, not a fait accompli. So many of those who are rich beyond their wildest dreams earned it – via talent, hard work, education, intelligence or a combination of all. Of course, there are plenty who were handed it without any of that but that’s a separate matter. Attaining a middle class existence nowadays in the West isn’t the arduous challenge it was generations ago.

If we’re going to laugh and ridicule those with diamond rings, then those with the cubic zirconias should take their licks too. If something is funny, it’s funny. So for the blue-collar snowflakes, put away your petted lips and stop taking things so seriously. Humor is one of life’s genuine levelers and we could all do with a bit of levity to get through the year from hell.