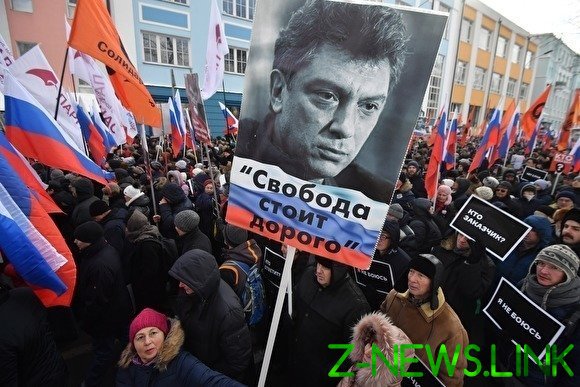 According to him, officials offered to move the event to the front of the monument to victims of political repression on Bohdana Khmelnytskoho street near the cemetery. “They came up with the ban on holding public events near the buildings of the authorities, from-for which to March around the city is simply impossible,” said Kochkin.

A March in memory of Boris Nemtsov, according to the organizers, was to begin in square of a name of Chapaeva and continue on Lenin Avenue, Karl Marx street — the Republic square. But city hall considered that this route could “lead to disruption in the functioning of vital facilities, transport and social infrastructure, communications, interfere with the movement of pedestrians and vehicles.” The opposition has already challenged the authorities ‘ refusal to negotiate a March. “The event will be held on February 29, and definitely not in a cemetery,” said Kochkin.

Boris Nemtsov was shot dead in Central Moscow on February 27, 2015, on the Big Moskvoretsky bridge. In July 2017, a former soldier of the battalion “North” Zaur Dadaev was sentenced to 20 years in a strict regime colony. The court found that he killed Nemtsov. Recently on the Internet there were photos of the prison feast, which was attended by Dadaev.

Associates Dadaeva got from 11 to 19 years of imprisonment. The organizer of the murder investigation said the driver of the Deputy commander of the battalion “Sever” (there were Dadaev) Ruslan Muhudinov, who is wanted. The customer of a crime is not selected so far.