Home / Society / The attack on lozowy: the MP revealed details of the

The attack on lozowy: the MP revealed details of the 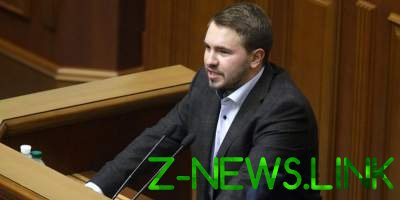 Lozovoy said that he was attacked by “forest mafia”.

The people’s Deputy from the Radical party Andrei Lozovoi said that in the Lviv region he was attacked by “forest mafia”. About this he wrote in Facebook.

“The customer of attack on me is the forest mafia, but the head of SOE “Slavske forestry” Sergey Cocotti and his protege is a candidate for the head of Slavske, if it’s from the government Vladimir Run,” wrote willow.

He also noted that he was all right.

As reported in the Lviv region was beaten by the Deputy from “Radical party” Andrey Lozovoy.

The MP arrived in Lviv oblast to meet with voters.

See also:  The realities of the "Russian world": a photo of the resort in the occupied Crimea amazed Ukrainians

“All persons parties to the conflict – set. Is checked. After that the decision will be taken about qualification”, – said the speaker of Ukraine Yaroslav was Trakalo.
October 29th, elections of deputies of village, settlement, city councils in 201 of the United territorial community (GSS) in all regions of Ukraine.

As you know, in June of the GPU appealed to the Parliament to consent to the criminal prosecution of Andrey Lozovoy on suspicion of tax evasion.
According to investigators, the willow of the state caused damage amounting to UAH 1 561 846 that “more than 3,000 times the non-taxable minimum incomes of citizens”.

In July, the procedural Committee of the Verkhovna Rada did not support the idea of the GPU on Lisovogo left the question of immunity of this Deputy, at the discretion of the speaker Andriy Parubiy. On the same day ally Lozovoy Igor Mosiychuk said that GFS supposedly within two weeks he ignored requests to provide him with a tax notification-decision, so he could not appeal against it in court.

See also:  In Kiev, the merchants began to fence the "kiosks" from the boards

Prosecutor General Yury Lutsenko said that willow missed the 10-day period for appeal of tax notification-decisions of the SFS and filed a lawsuit after the Parliament received the submission of the GPU on the MP.